Adani mine set to export first coal amid protests 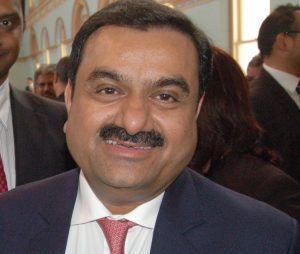 MELBOURNE, 28 December 2021: The controversial Carmichael coal mine in Queensland, Australia is all set to export its first coal soon. Coal is “being assembled”, Adani says, at its coal port in Bowen, the North Queensland Export Terminal. Adani plans for the mine to be Australia’s biggest, but has faced 10 years of opposition from Traditional Owners and climate campaigners.

A Reuters report says, ” “The first shipment of high-quality coal from the Carmichael mine is being assembled at the North Queensland Export Terminal in Bowen ready for export as planned,” a spokesperson for Adani’s Australian subsidiary Bravus Mining & Resources said in a statement.

The statement did not say where the shipment was headed, except that “we have already secured the market for the 10 million tonnes per annum of coal that will be produced at the Carmichael Mine”.

In the statement emailed to SAT, Bravus Mining & Resources CEO David Boshoff said, “From day one, the objectives of the Carmichael Project were to supply high-quality Queensland coal to nations determined to lift millions of their citizens out of energy poverty and to create local jobs and economic prosperity in Queensland communities in the process.

With the support of the people of regional Queensland, we have delivered on that promise.”

Joseph Sikulu, 350. org Pacific Coordinator recently returned from UN COP26, says, “Just last month I was at the Glasgow climate summit when global governments pledged to phase down coal. Adani is doing the opposite of this agreement. Adani and the Governments who enabled them are throwing a wrecking ball at global efforts to protect the Pacific from the impacts of climate change. But we won’t let them, we stand in solidarity with the Wangan and Jagalingou people.

“We are in the fight of our lives to stop dangerous climate change. We simply cannot afford for Adani’s mine to expand to 60 million tonnes per year. We will fight to keep every single tonne of coal in the ground where it belongs”.

Julien Vincent, Executive Director of Market Forces says, “People power has kept tens of millions of tonnes of Adani’s coal in the ground. We’ll keep fighting to prevent as much climate-wrecking coal from being mined and burned by Adani as we can.”

Professor John Quiggin, Professor of Economics at the University of Queensland says, “The fight to stop Adani’s Carmichael mine is part of a larger struggle to prevent the extraction of the massive coal deposits under the Galilee Basin. If fully extracted, the 27 billion tonnes of coal in the Basin would generate several years’ worth of emissions for the entire world.”

The Bravus media statement claims the company “has a secured market for the 10 million tonnes per annum of coal that will be produced at the Carmichael Mine.

The coal will be sold to customers in the Asia-Pacific region at index adjusted pricing, which means all taxes and royalties will be paid here in Australia.”