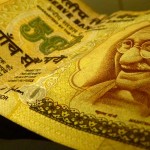 The Indian government has offered to hold a special session of parliament to discuss an opposition demand for a joint probe into a huge corruption scandal.

Parliament is deadlocked over demands for an inquiry into the sale of 2G phone licences, estimated to have lost the exchequer billions of dollars.

The offer came hours after the opposition held an anti-sleaze protest.

However, the ruling Congress party also accuses the opposition of hypocrisy.

Investigators are looking into why so-called 2G phone licences were sold for a fraction of their value, costing the government an estimated $37bn (£23bn) in lost revenue.

A cross-party parliamentary public accounts committee is examining the federal auditor’s report into the scandal.

But the opposition has been demanding that the matter be investigated by a joint parliamentary committee, which has more scope.

Federal Finance Minister Pranab Mukherjee made the offer of a special session of parliament at a TV awards function on Wednesday night.

‘Plenty of evidence’
“If [the opposition] assures us that there will be a debate, I am ready to call a special session before the budget session so that this issue is debated,” Mr Mukherjee said.

The leader of the opposition, Sushma Swaraj, who belongs to the main opposition Hindu nationalist Bharatiya Janata Party (BJP), said it would wait for a formal offer from the government before responding to it.

BJP President Nitin Gadkari told the BBC on Wednesday there was plenty of evidence to suggest corruption went to the top of the government.

Wednesday’s rally came days after Prime Minister Manmohan Singh told a Congress party conference that he had “nothing to hide” from the 2G spectrum investigation.

He told a party meeting he was ready to be questioned by a parliamentary panel over the matter.

Congress party chief Sonia Gandhi told the same conference that corruption was a “disease spreading through our society”.

Another high-profile corruption inquiry is continuing into claims that organisers of the Delhi Commonwealth Games swindled millions of dollars from the October event.