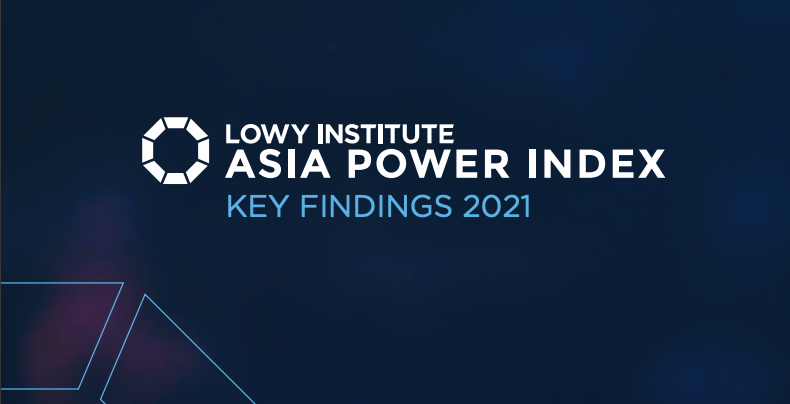 The report says: “As the fourth most powerful country in Asia, India again falls short of the major power threshold in 2021. Its overall score declined by two points compared to 2020. India is one of eighteen countries in the region to trend downward in its overall score in 2021.

The country performs best in the future resources measure, where it finishes behind only the United States and China. However, lost growth potential for Asia’s third largest economy due largely to the impact of the coronavirus pandemic has led to a diminished economic forecast for 2030.

India is trending in opposite directions for its two weakest measures of power. On the one hand, it remains in 7th place in its defence networks, reflecting progress in its regional defence diplomacy — notably with the Quadrilateral Security Dialogue, which includes Australia, Japan and the United States. On the other hand, India has slipped into 8th position for economic relationships, as it falls further behind in regional trade integration efforts.”

Comparison between India and China

Comparison between India and Pakistan

The methodology used to determine all the ‘Comprehensive Power’ measures can be accessed from the report. So, What is Power? The report says, ” The Asia Power Index is an analytical tool for sharpening debate on power in Asia. Students of power are generally interested in three questions. What is it? Who has most of it? And how is it changing?

For the purposes of this Index, power is defined as the capacity of a state to direct or influence the behaviour of other states, non-state actors, and the course of international events. In short, the Index seeks to measure the ability of countries to shape and respond to their external environment.”

* The author is a senior journalist, Editor of South Asia Times (SAT) and South Asia analyst.