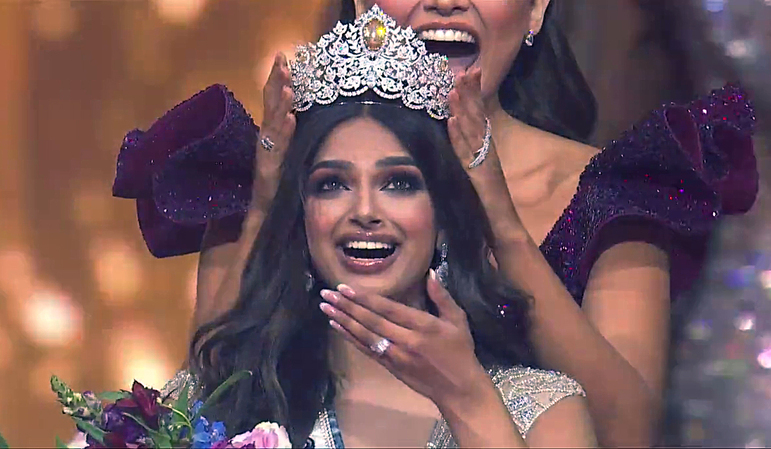 Mumbai (Maharashtra), December 13 (ANI): Miss Universe 2021 Harnaaz Sandhu, who made India proud by bringing the beauty pageant back after 21 years, on Monday, spoke about her experience of winning the title, her future plans and much more. 21-year-old Harnaaz, who defeated contestants from 79 countries to bring home the title, in an exclusive interview with ANI said, “I cried because finally after 21 years India was getting the crown and I was just filled with so many emotions that I had to get it out and I couldn’t stop myself,” she said.

Harnaaz spoke about what helped her in achieving this remarkable milestone saying, “The need has always been to be calm, humble and grounded, this is what I have learned from my community and these are my values. I think it’s important to maintain this momentum and especially when you are representing your country, you have a lot of pressure of people around you and you have to be at your best behavior. I think it’s important to be calm and centred and that’s the key to success according to me”

The last Indian to win this title was Lara Dutta who brought home the crown in the year 2000. Shedding light on what might be the reason for this gap of 21 years, she said, “We need to trust the timing because every girl that has represented India before and after Lara Dutta has beautifully represented the country and they have made India proud. It’s just that we need to understand that it’s the time, sometimes the other girl has worked harder or maybe that other country deserves to be there.

She added. “All have made India proud and it is because of their support and their efforts I have won the crown and it’s dedicated to all the women who have represented India till now.” 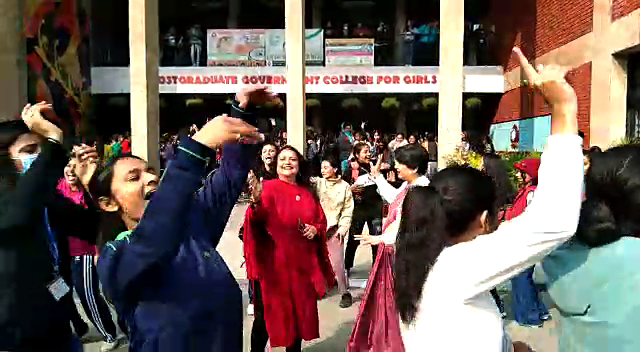 Harnaaz also talked about how it feels to be getting all the love for her achievement. “Before leaving the country for Miss Universe pageant, I promised everyone I know that I will win the title and make everyone proud ( Naaz) as my name is also Harnaaz and I hope I made India proud. It feels out of the world because women like Sushmita Sen and Lara Dutta who have inspired me throughout my journey are supporting me and now I feel I am one of them and I will inspire other people like them. I think it’s an unbelievable moment for me.”

As both Sushmita and Lara have had a successful film career, hence it’s natural to expect a similar path from Harnaaz too. Speaking about any such plans of hers, she said, “Everything takes time, it’s all about working hard and I would love to be part of Bollywood and Hollywood. I am looking forward to that along with talking about the issues and differences in society which, I think we all need to focus on.”
The 70th Miss Universe 21 was held in Eilat, Israel.

She will also star in Punjabi films like ‘Yaara Diyan Poo Baran’ and ‘Bai Ji Kuttange’.