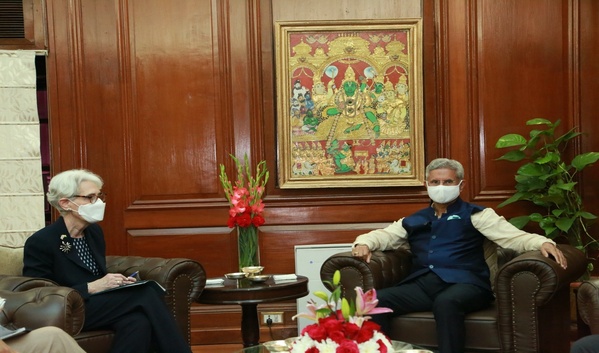 MELBOURNE, 7 October 2021: Relations between India and the United States recently warmed up further after the Quad summit in Washington DC, despite the sudden AUKUS announcement that unites the US, UK, and Australia. Thanks to the common aim of containing China in the Indo-Pacific, the Quad summit sent the intended message to China. But, India has one issue with the US, Russia’s S-400 missile sales to New Delhi, which one has to see what the US decides, despite the Quad coziness.

Turkey bought the S-400’s from Russia and the US imposed sanctions against it despite being a NATO member. The S-400 deal between India and Russia is worth $ 5 billion and $800 million has been paid. The first delivery is expected by the end of this year. It’s going to be rather tough for the US to decide about imposing sanctions against India, an independent but emerging ally.

US Deputy Secretary of State, Wendy R. Sherman on a two-day visit to India yesterday (October 6) met India’s External Affairs Minister, Dr. S. Jaishankar. In a tweet, she says, ” I had an excellent meeting today with my good friend Indian External Minister of Affairs @DrSJaishankar.The strategic partnership between the United States and India is essential for the strength of both our countries and a free and open Indo-Pacific.

Later talking to media persons she said, “We’ve been quite public about any country that decides to use the S-400. We think that is dangerous and not in anybody’s security interest. That said, we have a strong partnership with India,” US deputy secretary of state Wendy Sherman told a select group of journalists on Wednesday, according to PTI (reported in the wire. in).

“We want to be very thoughtful about the ways ahead, and discussions between our countries try to solve problems, and I hope we will be able to in this instance as well,” she said.

This clearly indicates the US unhappiness over the S-400 missile supplies to India, but may not be in a hurry to take the sanctions route, to dilute the warmness with India. The decision is to be made by US President Biden, which will not be an easy one.