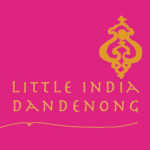 Melbourne, 2 Dec 2015: The fast growing Indian community in Victoria will soon have its own first cultural precinct in Little India, Dandenong. A second precinct will also be established in Melbourne’s West, after a feasibility study, which will decide its location and form.

The announcement has come after Premier Daniel Andrews announced the setting up of an Indian precinct during the last years (2014) Diwali celebrations at Federation Square. This was followed by community consultations and a feasibility study.

The issue was a hot topic during the previous Coalition Government and Little India traders had launched a signature campaign followed by a rally outside the Victorian parliament. The spark being Places Victoria’s decision to redevelop the area and the fear of traders loosing their livelihood and rendering hundreds unemployed.

The Daniel Andrew government’s decision to have Indian precinct’s in the south-eastern and western (later) suburbs is being seen as a master stroke balancing act and a political bonanza for the ruling Labor Party. The issue first raised by Labor MP, Jude Pereira, in the Victorian Parliament, had seen heated exchanges with the Coalition calling it Labor mess.

Minister for Multicultural Affairs and Finance Robin Scott made the announcement at the Dandenong Civic Centre amidst clapping by leading community members, MPs and Council officials.

Mr. Scott said, “ This Precinct will become a hub of activity – hosting festivals, a draw card for tourism, supporting small businesses and boosting the local community in Dandenong.

“We will also create a second Indian precinct in Wyndham to grow and celebrate the large and thriving Indian community in Melbourne’s West,” he said.

The Minister also expressed his desire to attend the opening of the Precinct in Dandenong and celebrate the occasion with the Indian community.

Dandenong Member of Parliament, Gabrielle Williams said, “ We listened to the community members and groups to determine the best location for this precinct, and it’s a huge win for the people of Dandenong.”

Both Precincts will recognize the important contribution the Indian and South Asian communities continue to make to Victoria every day,” she said.

Talking to SAT, Minister Scott said, “ I want the Indian community to enjoy their culture and activities at the new Precinct just like the Chinese, Italian and Greek communities do in their precinct’s.”

The ‘Feasibility Study On A Location For An Indian Cultural Precinct’ by Acil Allen Consultants & SGS Economics & Planning said about Greater Dandenong, “ …The municipality best met the assessment criteria, in particular demonstrating a strong reediness to commerce.”

“ In contrast, at present Wyndham does not yet have a critical mass of co-located Indian and South Asian themed businesses that could form the foundation and basis of a cultural precinct in the traditional mold,” the Study says.

The campaign for Little India which culminated into the announcement of Victoria’s first Indian Precinct was backed and supported by many community activists and leaders including Mr. Manoj Kumar, ALP activist and leader and former Federal ALP candidate for Menzies, Mr. Aakash Kumar and Mr. Alok Kumar among others. Many others from non South Eastern suburbs also worked actively in the campaign. Though, Little India traders who were the effected party played an importanf role in the struggle.

Victoria is the home to Australia’s largest Indian community, with more than 111,700 India-born Victorians.