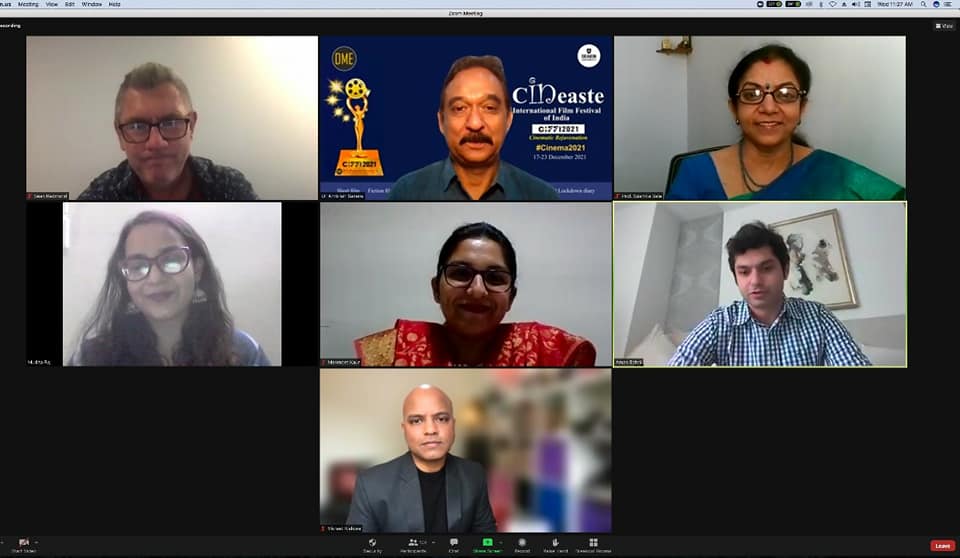 Dr. Ambrish Saxena, Festival Director, and Dean, DME Media School addressed the virtual gathering. He said, “Film festivals have never organized the way we organize it and it gives me immense pleasure to say we have been consistent in hosting it. Our film festival is not just about film screening but also about deliberations on cinema and its various aspects. It is the only film festival being organized by two different institutes from two different continents.”

Dr. Vikrant Kishore, Festival Director, and Course Director, Film, Television and Animation, School of Communication and Creative Art, Deakin University, Melbourne, Australia also commented on the success of the previous editions of CIFFI. “I was feeling proud of what we have done, it feels great that this is the third edition of CIFFI. We have made so much out of it and will make more.”, he added.

Institutional Advisory Board members of the Deakin University- Dr. Simon Wilmot, Associate Head of School- International & Partnerships, School of Communication and Creative Arts and Dr. Sian Mitchell, School of Communications and Creative Arts also expressed their appreciation for the organizing teams and the hard work they have put in for the festival amidst the present circumstances.

Dr. Wilmot said, “The pandemic has been terrible for the world, but when we worked last year for CIFFI, we achieved much more than expected, which was really great and I hope we can go forward with these.” Dr. Mitchell added, “I know the hard work and energy that goes into hosting an event, screening films, so I’d like to congratulate all and I hope that we can collaborate with each other for other things.” 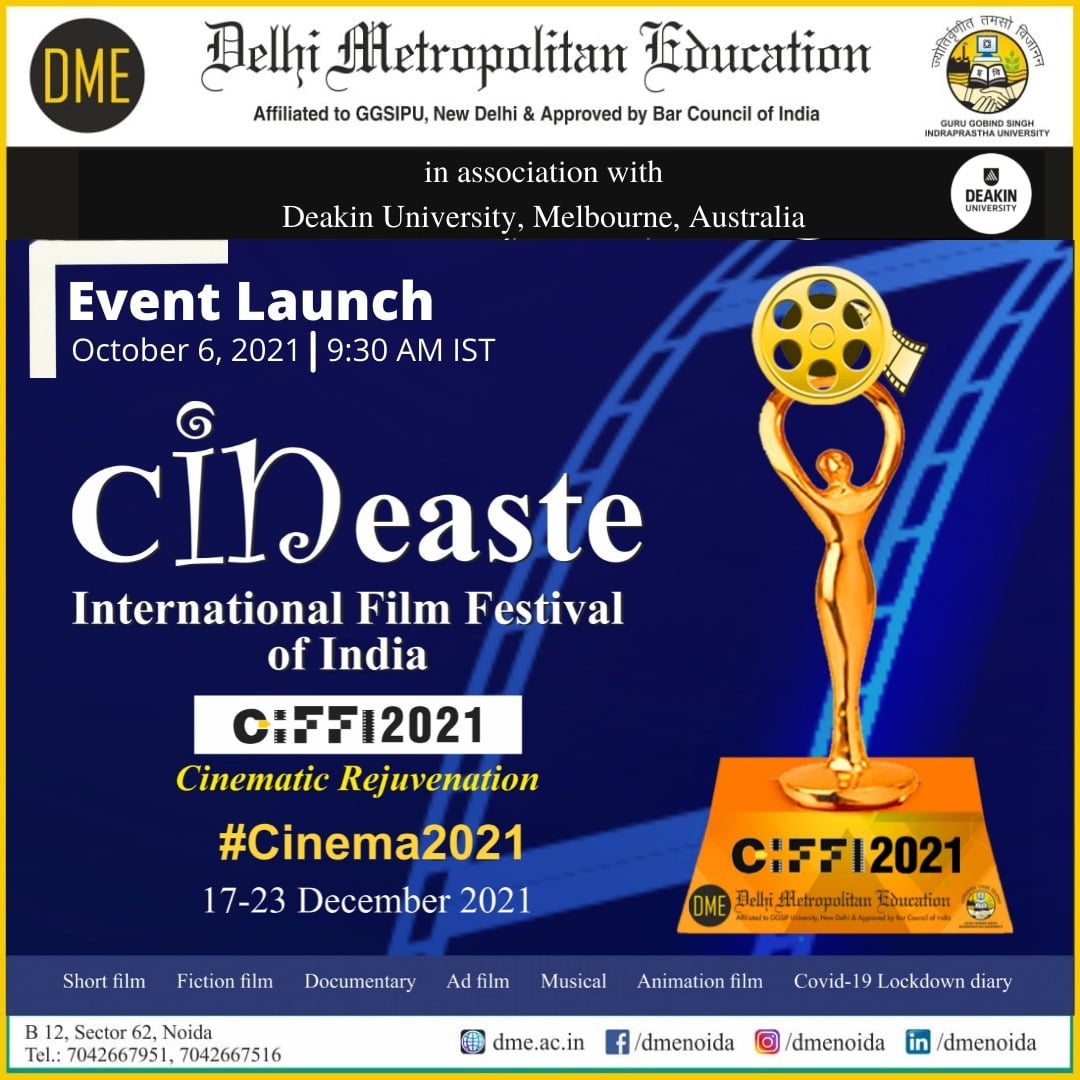 Dr. Russell Kennedy, Head Screen and Design Group, Deakin University also addressed the gathering focusing on the importance of academic collaboration. “Deakin is proud to be associated with CIFFI. This collaboration is an important bilateral relationship between universities of India and Australia”.
Appreciating the team behind CIFFI 2021, Prof. KG Suresh, Vice-Chancellor, Makhanlal Chaturvedi University, Bhopal, said, “I must congratulate the team of CIFFI for keeping the interest in cinema alive through such festivals. You are not only keeping students engaged but also inspiring the movie makers of tomorrow”

Celebrating the spirit of cinema, Prof. Ujjwal K. Chowdhury, Former Pro-Vice-Chancellor, Adamas University and Secretary at Global Media Education Council (GMEC), said, “What makes cinema studies very interesting is that films are the most creative expressions, be it any kind of film. The most wonderful thing about CIFFI is that it covers them all, there is a lot of diversity in film expressions.”

Mr. Aman Sahni, Vice Chairman, Delhi Metropolitan Education remarked, “We are all looking forward to this film festival. We have already received quite an enthusiastic response till now. It is growing every year and is something that we are proud of.”

Dr. Ravi Kant Swami, Director, Delhi Metropolitan Education shared his thoughts on CIFFI 2021 with these words, “On one hand we have media and on the other hand is academics. DME and Deakin have combined them to form ‘medamics’. This is what I feel CIFFI is all about.” 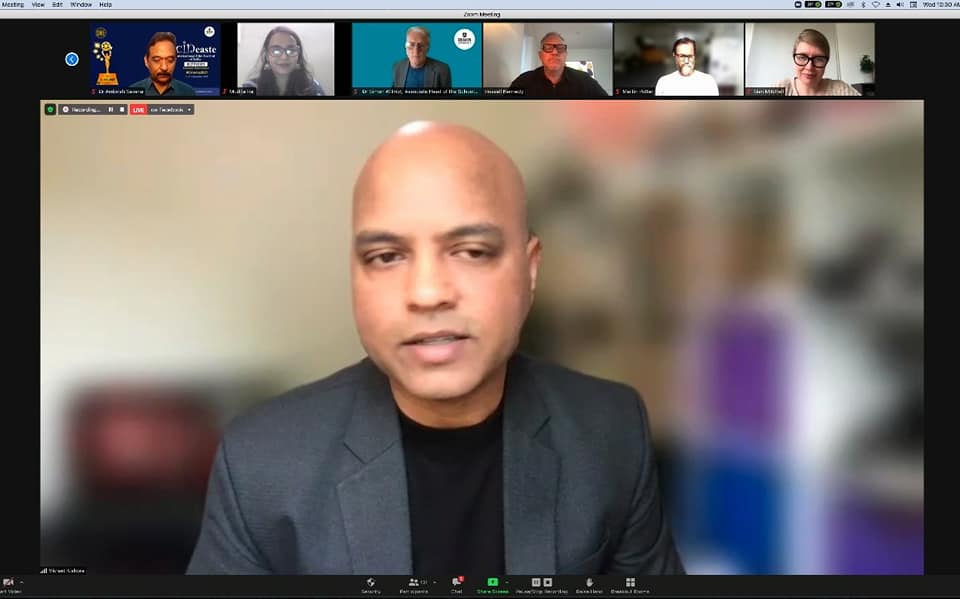 The launch video of CIFFI 2021 was played during the session along with messages from students of Delhi Metropolitan Education. The event ended with a vote of thanks from Ms. Mudita Raj, Festival Deputy Director and Assistant Professor, DME Media School.

DME is a premier educational institute located in Noida in the National Capital Region (NCR) of India. It is affiliated with Guru Gobind Singh Indraprastha University, New Delhi. Deakin University is one of the biggest public universities of Australia located in Melbourne.