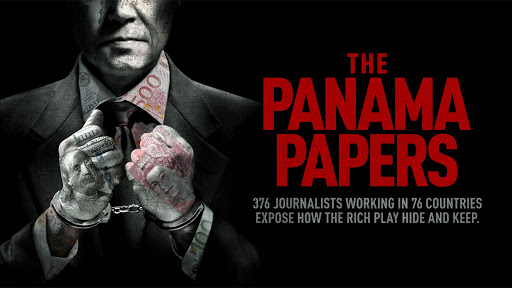 MELBOURNE, This gripping and disturbing docu-drama is nothing short of the tale of the biggest ever corruption expose of the world’s rich and powerful by the International Consortium of Investigative Journalists (ICIJ) team with 376 journalists from different countries. It covered 76 countries and lay bare how a now-infamous legal services company Mossack Fonseca in Panama, helped to set up offshore shell companies to help these prominent global rich people, in avoiding taxes, laundering money, and indulging in financial crimes.

The documents leaked by whistle-blower John Deo (not real name) were a mind-boggling 11.5 million. With the amounts exposed in trillions, one wonders if there is any place for sincere tax-paying people in the world. The docu-drama details every step the ICIJ team takes step by step and the physical risks journalists took for months before the story came out in 2016.

The documentary describes how more and more journalists from around the globe joined in the probe and keeping the operation a secret became tough. For those investigating is was ‘shut up and encrypt”.When the process of taking counters for the story started the perpetrators tried their best to halt the expose. But that did not happen and the cat was soon out of the bag.

So many financial to political global biggies were exposed and heads started rolling. This included Prime Ministers, politicians, and business people. To know the names and countries, one should see the documentary and grapple with the fact that the amounts involved here were – 1 % world’s rich and powerful equal to the rest of the world. Maybe, there is much more. Or, this was just the tip of the iceberg.

It goes to the credit of the journalists team with ICIJ who risked their lives (one in Malta lost it in a car bomb explosion) and showed this rather tough story the light of the day. Many of the brave-journalists are interviewed and one can see the tension and excitement emerging as the story progressed.

One thing, the documentary does not clearly tell how the money hiding game takes place or why the world’s famous capitals remain the biggest centers of illegal money in the world despite the smaller tax-heavens being there. Or, is that’s how capitalism works? As the documentary indicates the system (capitalism) is ‘economic slavery’. Looks, quite ‘Marxist’? Will the world ever accept Thomas Piketty’s ‘Capital’?

No doubt, kudos to John Deo (?), all journalists, ICIJ for this insight into the underbelly of international finance. It was not easy but it happened. I wish this documentary be dubbed in all prominent languages of the world and shown to the ‘the rest of the world’.

The COVID-19 pandemic has, somehow, diverted this issue but, I suspect, things will soon be as they were. The 1 % will or have found new ways in a chaotic world.