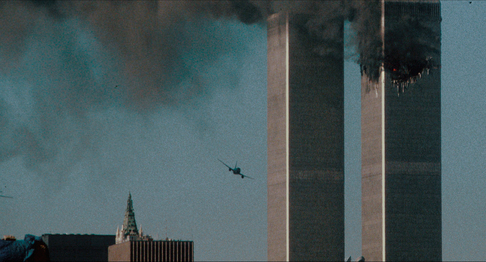 MELBOURNE, 3 September 2021: 9/11 – Released by Netflix just a few days before the 20th anniversary of the September 11, 2001 attacks, the five episodes of Session 1, chronicle the chain of events through twenty years encompassing America’s ‘War on terror’ declared by President Bush after the 9/11 attacks and ending with the withdrawal of US and allied forces from Afghanistan on 31st August 2021, after the swift Taliban power grab in Kabul on 15 August 2021.

The around one hour each episode namely The System Was Blinking Red, A Place of Danger, The Dark Side, The Good War, and The Graveyard of Empires will keep you engaged as never before. You already know many of the incidents, but their minute details and direct connection to the Taliban’s back in power after being ousted by US forces in 2001, is a gripping tale which this series details. Obviously, like a history book, this series has its own selection of material. There is rare footage and details. Not many of us know President Bush was authorized by Congress by 420 to 1 to invade Afghanistan. The one lady who voted no, parts of her speech are there which seem to be prophetic. 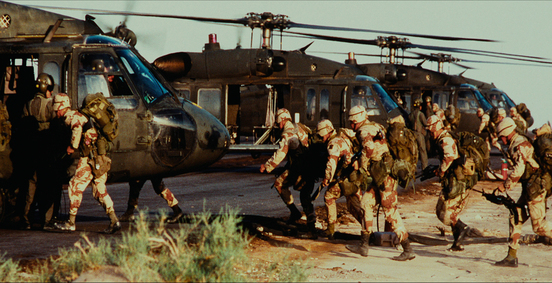 It’s chilling from the very start. The 9/11 attacks on American soil and President Bush is informed while he is visiting a school. The subsequent chaos and the decision to invade Afghanistan followed by the collapse of the Taliban regime there, the roots of Al Quida and Osama bin Laden and the fight of the US-backed Islamist Muhaiddin through Pakistan against the Soviet’s forms the background of subsequent episodes. The Soviets left in 1989.
The ensuing civil war between Islamist Mujahideen factions after the fall of the pro-Soviet leftist Najibullah regime saw the consolidation of the Taliban as they moved into Kabul to capture power. The determination to remove the pro-Soviet regime in Kabul by supporting Islamist factions is seen by many as deepening the roots of the Taliban in the country.

The unfolding human tragedy of 9/11 killing 3,000 people is reflected by interviews with traumatized survivors and footage of the New York attacks. The agony, shock, and disbelief are visible. The series tells us a lot. Intelligence gaps that helped the hijackers, surveillance, enhanced interrogation, Islamophobia, the Afghan and Iraq wars, etc. are honestly described.

Interviews with Mujahideen leader Gulbuddin Hekmatyar reveal the extent of US involvement in Afghanistan’s anti-Soviet war. How the use of US-made Stringer missiles changed the course of the war is revealing. How some operations antagonized common people. And, how later the two pro-US regimes in Kabul were corrupt leading the people supporting the Taliban, speak for themselves. 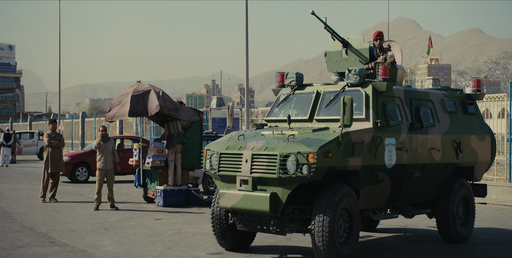 In fact, it’s no easy task to sum up (as in this series also) the spate of events over twenty years. There are facts missing and gaps in the five episodes. Also, many related documents that could be relevant sources remain classified. President Trump signed the agreement with the Taliban to withdraw the US forces, ignoring the Hamid Karzai government and other regional players, leaving the actual withdrawal under President Biden’s Presidency.

Director Brian Knappenberger’s dossier of the 20 years (starting with the 9/11 attacks) of US-led Western involvement in Afghanistan till 31 August 2021, no doubt, looks honest and critical. After two decades the Taliban is back in power, the very force which the US ousted. A closure of this ongoing saga is yet to happen.

” 9/11 was the most transformative historical moment of my life. It changed nearly everything I thought about my country – about who we were, how we interacted with the world and what we meant to people beyond our borders. Within the United States it changed how it felt to be an American, it changed our societal architecture, the way we got on airplanes, challenged our civil liberties, transformed our police departments, and eroded trust in our institutions and media. It was the beginning of modern history.

Back then, standing in the dusty rubble of broken mud brick, it seemed clear that rebuilding Afghanistan would be challenging. But on that day, nobody could’ve anticipated that the war would go on for 20 years, or that it would end with the Taliban again seizing control of Afghanistan. Now, as US troops are leaving on the 20th anniversary, this is the moment to take a deep breath, step back and ask in the most honest possible way; how did that day change us?”, says Brian Knappenberger in a statement.

Episode 1: The System Was Blinking Red

On September 11, 2001, hijackers crashed a plane into the World Trade Center’s North Tower. When a second plane crashed into the South Tower over an hour later, it was clear it was a terrorist attack. Who attacked the U.S. and why? Guided by commentary from former FBI and military officials, as well as survivors, episode one highlights the roots leading to the attack — from the 1979 Cold War invasion of Afghanistan by the Soviet Union when the CIA provided arms and support for the Afghan mujahideen fighters, to the emergence of Osama Bin Laden and Al-Qaeda as they declared jihad against the U.S. ten years later. Following the World Trade Center bombing in 1993, terrorist attacks against U.S. embassies in Africa in 1998, and the U.S. naval ship Cole in 2000 — U.S. intelligence agencies were awash in red alert chatter about an impending attack.

Episode 2: A Place of Danger

Shortly after the second World Trade Center hit on 9/11, a third hijacked plane crashed into the Pentagon in Washington, D.C. Passengers on the fourth plane, United 93, thwarted that attack by forcing the plane down in Pennsylvania. With thousands of U.S. civilians killed, including over 400 first responders, President George W. Bush and his administration immediately began planning a military response. Featuring never before seen commentary from White House Counsel for Pres. Bush, Alberto Gonzalez; Ret. US Army General, David Petraeus; Chief of Staff for Pres. Bush, Andrew Card; U.S. Rep Barbara Lee; Taliban spokesperson, Suhail Shaheen; and Afghan politician, Fawzia Koofi — the episode highlights how Congress passed the Authorization for Use of Military Force almost unanimously. The U.S. military invaded Afghanistan with the aim of defeating the ultra-fundamentalist Taliban regime that had given Bin Laden and Al-Qaeda safe harbor.

Episode 3: The Dark Side

The U.S. military set up a detention center in Guantanamo Bay in Cuba, where the prisoners were called “detainees” and brought to trial by military commissions without the protections of the Constitution or the Geneva Conventions. This included “enhanced interrogation techniques,” i.e. torture, to elicit information from the prisoners. White House Counsel for Pres. Bush, Alberto Gonzalez; former director of the Criminal Investigative Task Force at Guantanamo Detention Camp, Mark Fallon; New York Times journalist, Carol Rosenberg; and, Director of the ACLU National Security Project, Hina Shamsi offer further insight into the conditions at Guantanamo Bay and the National Security Agency’s extensive and warrantless wiretaps of civilian cell phone metadata — activities that violated the Fourth Amendment.

The Bush administration instigated a military invasion of Iraq in 2003 based on lies about Iraqi leader Saddam Hussein having weapons of mass destruction. Bush and Defense Secretary Donald Rumsfeld announced that the wars in Iraq and Afghanistan were over in May 2003 — they were wrong. Former FBI Special Agent, Ali Soufan; former U.S. Army Captain, Brittany Ramos Debarros; former Vice President of Afghanistan, Ahmad Zia Massoud; and, former Mujahideen leader, Gulbuddin Hekmatyar shed light on the continued violence; rampant corruption and re-emergence of the Taliban in Afghanistan; and, the promise of President Obama in 2008 to end the “bad war” in Iraq and get the “good war” in Afghanistan right.

Episode 5: The Graveyard of Empires

President Obama ordered Guantanamo to be shut down in 2009, though it remains open today. In this final episode, Ret. General, David Petraeus; Washington Post investigative journalist, Craig Whitlock; Washington Post former war correspondent, Rajiv Chandresekaran; Pakistani politician, Hini Rabbani Khar; and, Afghan drone strike victims illustrate how the U.S. military strategy in Afghanistan pivoted towards supporting the Afghan army; how a covert CIA-run operation took out Bin Laden in Pakistan; and how the U.S. continued a campaign of drone strikes against alleged terrorist targets in Afghanistan, killing numerous civilians and inspiring more followers to embrace terrorism. Declaring that he would halt the Afghanistan mess in 2020, President Trump endorsed a deal that surrendered to Taliban demands without receiving concessions in return. And, just weeks after US troops leave the country, the Afghan government collapses and the Taliban are once again in control.