Of integrity and integrated corruption 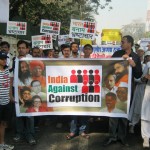 New Delhi: “I come from a poor family. The only asset I possess is integrity.” This was the Chief Justice of India (CJI) S H Kapadia in his reply to congratulatory letter sent by former well-known judge V R Krishna Iyer on his appointment as CJI. So, when the legality of the appointment of former Central Vigilance Commissioner P J Thomas came up before the Supreme Court bench of CJI Kapadia the pundits and the skeptics were equally sure Thomas’s stay as CVC was going to be short-lived. A corruption case going back to the 90s was pending against Thomas in the trial court. The Supreme Court stressed Mr Thomas cannot be in charge of anti-corruption Commission when his own integrity is being questioned. “The touchstone for the appointment of the CVC is the institutional integrity as well as the personal integrity of the candidate,” the court observed.

Amidst a heap of corruption charges piling up at the UPA governments door the Supreme Court’soverruling of the executive decision not only multiplied government’s woes, boxed in by an unforgiving opposition, it has left the executive red in the face for what it considers a clear caseof Supreme Court ‘over-stepping’ its jurisdiction. In fact the first murmur of executive protest wasrecording during the hearing of the case itself when the government argued that since the post of the CVC was a constitutional one the court is not entitled to review the appointment. The court turned the argument aside saying the government may not be accountable to the court for its policy decisions it sure is accountable for the legality of those decisions.

Outside the court, even as the CVC case was on, the government did not spare any opportunity to hold out veiled warning to the judiciary against transgressing its limits. At the Commonwealth Law Conference in Hyderabad the Prime Minister Manmohan Singh said: While the power of judicial review must be used to enforce accountability, it must never be used to erode the legitimate growth assigned to other branches of the government.

There is a healthy respect by the executive towards the judiciary and vice versa until such times or cases when judiciary seeks or has sought to question or review the government’s intent or policy decisions as was cogently displayed in the case of CVC legal battle. It is in such times the government recoils in fear accusing judiciary of usurping the executive space. This gives space for sabre-rattling by both sides. The government through its omni-potent propaganda machinery is almost always the winner telling whoever could listen that judicial ‘activism’ needed to be curbed.

The government, at such times, point out to the judiciary to look inwards and clear its own mess of corruption and judicial impropriety. The impeachment motion being brought against Justice Ramaswamy in 1993 is a case in point. And now the impending impeachment against Kolkata High Court judge Soumitra Sen has served enough grist to the government machinery to discreetly but surely take on the judiciary.

That the judiciary has not been able to avoid the taint of corruption shall remain as much a point of concern as corruption in the executive. Cases of impropriety in higher judiciary shakes the confidence of the common man for whom courts are still the last post of justice in the face of an inept administration which fails to deliver on crucial counts of governance. But one can always draw comfort in the fact that cases of judicial impropriety have been few and far between at least in the higher judiciary. Going by the unprecedented wave of litigations in public interest past two decades it can also be safely deduced people’s faith in judiciary remains undiminished. From delivering

criminal justice as in the case of Jessica Lal and Nitish Katara murder cases to reinterpreting Right to Life as envisaged under Article 21 of the Constitution or filling the legal void for patients in vegetative state making a plea for passive euthanasia or underlining environmental concerns in the face of growing awareness of global climate change or red-flagging executive or bureaucratic corruption, the judiciary by and large has delivered on the count of inclusive growth.

Interestingly, the government that melodramatically harps on the maxim of ‘inclusive growth’ and treading that extra mile for that last man in the row, the very idea of being over-ruled by the judiciary on the legitimate question of integrity gives them cramps. The message for the common man is clear: don’t expect executive to set precedent of top-down integrity and scruples.

Therefore the government can afford ignore the voice of civil society when it raises concerns over the draft of the anti-corruption Lokpal Bill. ( The Indian Lokpal shall be synonymous to the institution of Ombudsman in Scandinavian countries ) The Lokpal Bill, 2010, which awaits a select parliamentary committee’s nod, provides for filing complaints of corruption against the prime minister, minister, ministers and MPs with the Lokpal or the Ombudsman. The Lokpal Bill as drafted by the government places the appointment of the Lokpal in the hands of the executive. “How can those who have corrupted the system be entrusted to draft anti-corruption laws,” asks eminent social activist and Gandhian Anna Hazare. He has threatened to go on a fast-unto-death from April 5 should the government failed to rope in members of the civil society in re-drafting the bill by march-end.

Anna and like-minded people from the civil society including Magsasay Award winners, RTI activist Arvind Kejriwal and the first woman IPS officer Kiran Bedi, and a few legal luminaries and social activists have in consultation with a wide swath of public drafted a separate bill which they have termed the Jan Lokpal Bill or the Public Ombudsman Bill. Among the many suggestions the Jan Lokpal Bill envisages folding up the investigation in a year’s time. The trial shall be completed in the next 12 months so that the guilty gets punished within two years.

“Even if I have to give up my life to see that the Bill is passed I will not hesitate,” proclaims Anna. A 72-year-old can dare take recourse to Gandhian ways to achieve his objective in national interest just as the Mahatma undertook Satyagraha ( Truth with Firmness – Gandhi’s chief home-spun and non-violent piece de resistance against the British might ) in the course of his life spent in the cause of India’s independence. It shall be an interesting study whether the legacy of Gandhi lives on to temper the ‘compulsions’ of governance by coalition, where the flock is integrated by corruption but integrity is the primary casualty.
Source: SAT, March 2011