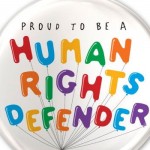 Pakistan: On 4 July 2012, Farida Afridi, Executive Director of women’s rights organization Society for Appraisal and Women Empowerment in Rural Areas (SAWERA), located in the Federally Administrated Tribal Areas (FATA) region of Northwest Pakistan, was shot to death outside her home by two armed men on a motor bike who subsequently fled the scene. According to reports she had been facing threats prior to her death for working to help women and her murderers are believed to be affiliated with extremist elements in the region. Ms. Afridi’s murder is not the first such incident in the region. In December 2011, Zarteef Khan Afridi (not related to Farida), a coordinator of the Human Rights Commission of Pakistan, was similarly murdered and his death was reportedly followed by a statement by an extremist organization that those found working on developmental issues would be killed. A suspect has been arrested in Farida’s murder but the perpetrators in Zarteef Khan Afridi’s case remain at large.

Threats to the lives of human rights defenders are common in Khyber Pakhtunkhwa (KP) province and the neighboring FATA region, and they are routinely criticized for their work to further the rights of women and accused of promoting a ‘western agenda.’ Reportedly, during a sermon on 4 May 2012, a politically influential religious cleric, Maulvi Abdul Haleem, from Kohistan district in KP province warned female NGO workers against entering Kohistan and threatened to forcibly marry violators to locals. He went on to declare that NGO workers would be prevented from trying to ‘influence’ local women in the name of empowerment, decreed education and employment for women un-Islamic and stated that honor killings were ‘a local custom and religious practice.’ Such statements have led to fear amongst human rights defenders, particularly women. The provincial government has not taken any steps to protect human rights activists and rights groups working in KP and FATA are losing staff whose lives and safety are threatened. This is particularly concerning as the region is rampant with violations of women and girls’ rights and NGOs working there urgently need the encouragement, support and protection of the government.

The UN Declaration on Human Rights Defenders specifies the obligations of States to guarantee and protect the rights of human rights defenders. Pakistan also has a duty to protect all human rights established in the Universal Declaration of Human Rights (Article 2), the International Covenant on Civil and Political Rights (Article 2) and the Convention on the Elimination of All Forms of Discrimination against Women (CEDAW) (Article 3). Activists such as Farida Afridi, who, despite threats to their lives, continued to work tirelessly to promote the rights of women and girls as enshrined in Pakistan’s obligations under CEDAW, must be protected by the Pakistani government and justice must be speedily conferred if violations occur.

The United Nations Special Rapporteur on the situation of human rights defenders, Margaret Sekaggya, took note of violations against human rights defenders working on women’s rights and gender related issues in Pakistan, pointing out in her December 2010 report that six communications had been sent to the Pakistan Government on this issue between 2004 and 2009. In her August 2010 report she stated, ‘…all violations of the rights of defenders should be investigated promptly and impartially and perpetrators prosecuted. Fighting impunity for violations committed against defenders is crucial in order to enable defenders to work in a safe and conducive environment.’ The UN Special Rapporteur on violence against women, Rashida Manjoo, urged the Pakistani government to investigate Afridi’s murder and promptly ensure that perpetrators are held accountable. She stated that women human rights defenders ‘are commonly perceived as challenging accepted sociocultural norms, traditions, perceptions and stereotypes about femininity and the role and status of women in society, while reclaiming their rights or the rights of their communities.’ Manjoo also stated that the killing of women is indeed a State crime when tolerated by public institutions and officials. Additionally, in the June 2008 report of the Working Group on the Universal Periodic Review of Pakistan, Pakistan was called upon to ‘combat impunity for attacks on human rights defenders by effectively investigating allegations and by prosecuting those responsible.’

Civil Society organizations working in KP and FATA, including the Pakhtunkhwa Civil Society Network (PCSN) and Tribal NGOs Consortium (TNC) coalitions, have come together to express their deep concern about the threats and deadly violence inflicted upon human rights defenders. These organizations which are members of the End Violence against Women and Girls (EVAW/G) Alliance KP & FATA have created a Charter of Demands calling upon the government to take urgent measures to ensure the safety of human rights defenders, particularly women, working in the region, including by criminalizing intimidation, threats and attacks upon human rights workers and statements or decrees encouraging actual violence against activists. This Charter of Demands has received endorsement by women rights organizations and networks from all parts of Pakistan including FATA.