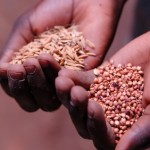 PARIS, Aug 6, 2010 (IPS) – Subsidies for agriculture in the industrialised countries of the world grew again in 2009, benefiting the largest companies and land owners, such as Prince Albert of Monaco and Queen Elizabeth of Britain.

The latest increase came despite repeated and consistent evidence that such subsidies contribute to the destruction of the livelihoods of poor farmers in developing countries, especially in Africa, and that they distort international trade.

According to a new study by the Organisation for Economic Cooperation and Development (OECD), subsidies for agriculture in industrialised countries rose to around 252.5 billion dollars, or 22 percent of total farmers’ receipts in 2009 — up from 21 percent in 2008.

The study, “Agricultural Policies in OECD Countries at a Glance 2010”, found that the European Union’s subsidies for farmers rose from 22 to 24 percent. In the period between 2007 and 2009, EU farmers received an average of 23 percent of their gross receipts in form of direct financial support from the state.

The OECD represents the 30 most industrialised countries of the world, including the U.S. and most members of the EU.

The subsidies for farmers in OECD countries have been at the centre of a heated dispute for years, both at the level of the EU and U.S. and within the larger framework of the World Trade Organisation and its deadlocked Doha Development Round.

The EU spends about 75 billion dollars on subsidies for agriculture, even though the sector represents only about two percent of the total gross domestic product of the union. This subsidies regime will only change in 2014.

The new OECD data inflamed these complaints, the more so since it has been shown that the largest agro-businesses and even some royal houses in European monarchies benefit the most from the subsidies.

“EU subsidies for agriculture are a shame,” Marita Wiggerthale from the German office of the humanitarian organisation Oxfam told IPS. She cited the example of subsidies for milk, which form part of the EU agricultural policy.

Due mostly to over-production, the European milk prices for farmers were in early 2009 extremely low at less than 0.20 euro per litre. Instead of reducing the production to stabilise prices, the EU reintroduced subsidies for milk in 2009 to support producers.

“As consequence, the EU is again exporting milk to the whole developing world, especially towards Africa, at ‘dumping’ prices,” Wiggerthale said. “By so doing, the EU is destroying the livelihoods of farmers in the poorest countries of the world while artificially maintaining a too high level of production.”

To add insult to injury, the EU is simultaneously forcing developing countries in Africa, the Caribbean and the Pacific to further open their markets through the trade deals called economic partnership agreements.

Rainer Falk, a leading German critic of neoliberal globalisation and publisher of “World Economy and Development”, a specialised newsletter on international cooperation and trade, told IPS that the OECD subsidies for agriculture only benefit the largest companies in the sector.

“The data for 2008 illustrates this point,” Falk said. “The main beneficiary of the EU subsidies in Germany was Suedzucker, a large sugar producer, which that year received more than 50 million U.S. dollars in subsidies,” Falk pointed out.

In France, one of the main beneficiaries of the EU subsidies for agriculture in the recent past has been Prince Albert of Monaco. Queen Elizabeth of Britain has also received large subsidies from the EU.

Carmel Cahill, head of the policies, trade and adjustment division of the OECD’s directorate for agriculture, food and fisheries, subscribed to this criticism. “European subsidies for agriculture continue to benefit the largest land owners,” Cahill told IPS.

According to the most recent data, 11 percent of farms get 75 percent of the payments. “Take care though,” Cahill warned, “it is the share of the payments, not of the entire budget, some of which goes to programmes and purposes that are not payments.”

Cahill also called attention to positive changes in the agricultural subsidy policies, especially in the EU.

“Despite still spending a large chunk of its budget on supporting a relatively small sector of its economy, the EU has reformed its subsidies criteria to move away from supporting exports and towards supporting producers, thus decoupling aid from production,” Cahill said.

“Such subsidies,” Cahill argued, “are far less distorting in terms of trade than the aid directly linked to production volumes.”

However, Cahill lamented that the EU and the member countries do not link the subsidies to specific targets. “The EU could connect its aid to better environmental protection measures of agriculture, or to an increased concern for biodiversity,” Cahill told IPS.

She explained that the increase in agricultural subsidies was mainly provoked by fluctuations in international commodity prices during the last four years. “Higher commodity prices in 2007 and 2008 were behind drops in the measured support in those years and the return to 2007 level prices reversed this trend for 2009”, automatically leading to relatively higher subsidies.

The OECD report also says that lower or negative economic growth in OECD countries, caused by the recent global recession, moderated demand pressures in particularly higher value-added products, such as dairy and meats. A positive supply response to higher prices in 2008 came at the same time as growth for food demand was easing.

These factors all contributed to the rise in subsidies.