What Pakistan should do in Afghanistan? 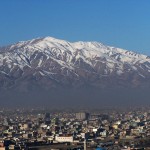 Islamabad: Many Pakistanis living and working in Kabul say they feel a palpable hostility towards them once their nationality becomes known. Some occasionally pretend to be Indians, which brings more acceptability. If this anecdotal evidence indicates an actual truth, then it is worrisome. In principle Afghans should like Pakistanis better; they share a common religion and the Pakhtun populations on either side of the border have strong kinship links. Indians have much less in common with Afghans and so should be liked less. So what explains the present situation, and what can Pakistan do to change things?

Relations between neighbouring states everywhere, and their people, tend to be complicated: countries sharing a common border often secretly meddle in each other’s affairs. Pakistan and Afghanistan have also played games with each other. Much before the 1979 Soviet invasion, Afghanistan had been an irritating but innocuous adversary with its territorial claims on NWFP. When General Mohammed Daud Khan supported the Pakhtunistan movement, Zulfikar Ali Bhutto proceeded to sponsor Islamic militancy in Afghanistan. After this was launched in the Panjsheer Valley under Ahmad Shah Massoud, Daud got the message and backed off.

Pakistan might have resisted the urge to interfere again but for the Soviet invasion. Thereafter it became a willing pawn for new American ambitions in the region. Under General Ziaul Haq, Pakistan soon joined up with the United States and Saudi Arabia to launch the first truly global jihad of history. This was to turn into the CIA’s largest ever covert operation — a successful one.

The Soviets would soon be defeated and Zia had plans for Afghanistan. In an interview to American journalist, Selig Harrison, he said: “All right, you Americans wanted us to be a front-line state. By helping you, we have earned the right to have a regime in Afghanistan to our liking. We took risks as a front-line state, and we won’t permit it to be like it was before, with Indian and Russian influence there and claims on our territory. It will be a real Islamic state, a real Islamic confederation. We won’t have passports between Pakistan and Afghanistan. It will be part of a pan-Islamic revival that will one day win over the Muslims in the Soviet Union, you will see.”

This dream temporarily soured after General Musharraf’s post-9/11 double-dealing with the ISI’s progeny, the Taliban. But it never went away. If the present series of Difah-e-Pakistan rallies across the country are indeed sponsored by the Pakistan Army, then it has sprung back to life.

The eagerness to put ‘our boys’ back into the driving seat in Kabul is driven by the impending 2014 US withdrawal. The GHQ’s strategic planners see India and Iran manipulating events in an effort to secure undue influence in the Afghan government. The conclusion they draw is that proxy forces should once again be fielded for gaining positional advantage in the fight to come.

But such earlier manipulations have had catastrophic consequences for the people of Afghanistan, which explains why so many Afghans are unhappy with us. In a prescient essay written in 1995, the late Eqbal Ahmad had seen disaster coming: “the quest of a mirage misnamed ‘strategic depth’ — has deeply alienated trusty old allies while closing the door to new friendships. Its national security managers have in fact squandered historic opportunities and produced a new set of problems for Pakistan’s security.”

The Taliban, who had then just emerged, turned out to be the most retrograde political movement in the history of Islam. These lords of war did to the people of Afghanistan what the people of Swat were to see many years later. They proscribed music and sports in Afghanistan, inflicted harsh punishments upon men for trimming their beards, flogged taxi drivers for carrying women passengers, prevented sick women from being treated by male physicians, and banished girls from schools and women from the work place. Iran denounced the new Pakistan-supported victors as “fanatical, medieval Taliban” after they slaughtered 5,000 Shias in Bamiyan province.

Today some local commentators, with an eye towards pleasing GHQ, are arguing that the ‘new Taliban’ are different from the ‘old Taliban’. But these are facile claims, unsupported by evidence. Afghanistan is now a war-devastated country and Pakistan, like the Soviet Union and the United States, shares responsibility for this. Rather than ‘gift’ Afghans a second round of Taliban rule using the ‘strategic assets’ based in Quetta and North Waziristan, we must make amends.

There is much that Pakistan can offer in the reconstruction of Afghanistan. Surely we can build roads just as well as the Indians, or perhaps better. Afghanistan has just built its first railroad with assistance from China and Iran. Pakistan, which inherited an extensive railroad network from the British, should have been there to help. Like India, Pakistan can help train Afghan police officers, diplomats and civil servants, as well provide support in the areas of health, education, transportation, power, and telecommunications.

If Pakistan has to compete with India on various internationally funded reconstruction projects, then so be it. That is a choice for Afghans to make, not us. It is time that our TV defence analysts stopped trotting out the simplistic argument that India’s two billion dollars aid to Afghanistan since 9/11, and thousands of Indian construction workers, somehow endanger Pakistan. Are these workers actually commandos poised for raids against Pakistan? There is nothing to stop us from giving Afghanistan an even larger amount, and sending more of our skilled manpower across the border for help in construction projects.

If Pakistanis are to be welcomed in Kabul someday, we must change the way we are perceived across the border. This will require our military planners to give up their false and deadly dreams of strategic depth and regime change. They must not be allowed to forget the awful price Pakistan and Afghanistan have had to pay because of their proxy wars, and the damage inflicted by a cynical manipulation of politics inside and outside our borders. Suicide bombings have ravaged Pakistan, threatened minorities are fleeing, the rule of law has been badly damaged, and social peace has been replaced with strife. These are squarely the result of a foreign policy gone awry.