Ayman Sadiq, the founder of a popular online education platform has received a slew of death threats over a pro-gay Facebook post made by a former employee. Rights groups say the threats must be taken seriously. 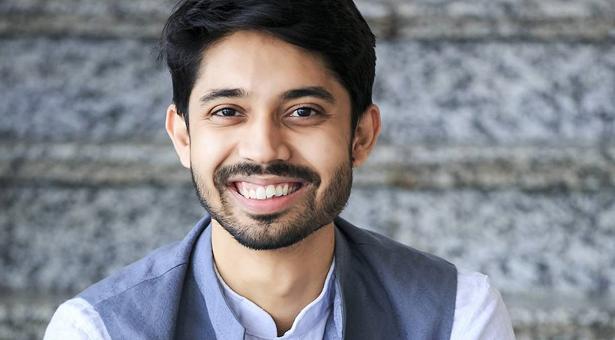 Sadiq, who also featured in Forbes’ “30 Under 30 Asia” list in 2018, also faced criticism over videos about menstruation and physical consent, which were posted to the 10 Minute School’s website, which offers thousands of video tutorials to young learners in the South Asian nation.

The videos were removed from the website following protests and threats made by Islamists who believe that the topics are counter to their religious values. The site subsequently apologized for the posts and vowed not to offend anyone’s religious beliefs.

In a video statement published recently, Sadiq acknowledged receiving the death threats, particularly regarding the pro-LGBT Facebook post. In a statement, he wrote, “10 Minute School has no propaganda, secret agenda, or religion. We don’t preach, we don’t want to do anything anti-Islamic and we have no plans to do so in the future.”

He also posted a video statement about the threats on YouTube. “My mother showed me videos on YouTube that were calling for her only son to be murdered … I do not know how anyone else would feel in this situation,” he said.

“This has created an environment in my home where my parents and I are constantly checking on each other to ensure everyone is safe.”

Nearly 90% of Bangladesh’s population of 161 million are Muslims. Experts say the conservative country does not offer room to discuss issues like gay rights in the open. Some activists, who tried to create awareness around the issue in recent years, were either killed by religious fundamentalists or had to flee the country due to death threats.

Activist Bonya Ahmed, who lost her husband Avijit Roy to an attack and was herself seriously injured in Dhaka in 2015, believes that all threats made by religious fundamentalists should be taken seriously. Roy was killed after publishing a book about the natural aspects of homosexuality.

“How can I say that those threats should not be taken seriously after what happened to us and many other bloggers, publishers, and secular intellectuals in Bangladesh in 2015? Of course, Ayman Sadiq should take them seriously,” Ahmed told DW.

Asif Mohiuddin, who has been living in exile in Germany after surviving an attack in Dhaka in 2013, echoed those thoughts. “In 2016, two prominent Bangladeshi LGBTQ activists, Xulhaz Mannan and Mahbub Rabbi Tonoy were brutally murdered in Dhaka. After that, the mainstream media and most of the celebrities in the country have become very afraid of the Islamists,” Mohiuddin told DW.

“I saw pictures of Ayman Sadiq and his colleagues in many social media posts, where people wrote that those people should be killed immediately because they violated the rules of Islam,” Mohiuddin said. “The threats have to be taken seriously.”

Does the government support Islamists?
Both Ahmed and Mohiuddin say that the government does not provide safety for bloggers and activists who openly discuss topics that could provoke Islamists.

“Have you ever heard of the Bangladeshi government arresting anyone for posting death threats on social media? Instead, we should not be surprised if the government supports such people,” said Ahmed. “Islamic fundamentalists have become much stronger in Bangladesh, under the watch of the Awami League government.”

Mohiuddin also believes that the government has made it clear to Islamists, that they will not be held accountable for attacks on secular writers or activists.

“Instead of providing security to humanists, officials sometimes suggest that victims should apologize to the radical Islamists. When blogger Niloy Neel asked for support from the police, they told him to stop writing and leave the country. He was later hacked to death by religious fundamentalists,” he said.

However, Bangladesh police’s Counter-Terrorism and Transnational Crime (CTTC) unit said that authorities were aware of the threats made against Sadiq, and were working to find the culprits.

“We have been investigating to find out whether any terrorist group is behind the threats,” Saiful Islam, a deputy commissioner at CTTC, told DW. “If requested, the police will provide him with protection.”