BOOK REVIEW- Afghanistan: A country that refuses to be tamed 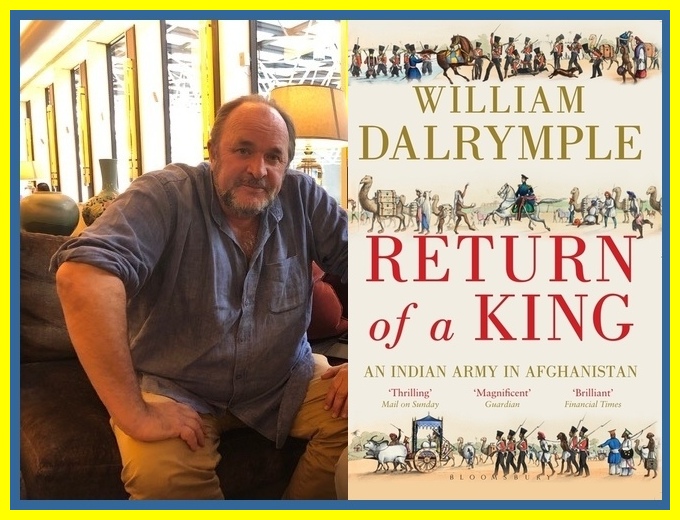 MELBOURNE, 7 April 2020: I bought this book from Mumbai’s Crossword Bookstore in 2015 and started reading it quite late and, slowly, but finally, finished it last year. Meanwhile, numerous reviews of this incredible piece of history (in William Dalrymple’s history writing style) have already appeared and the book is relevant and a best- seller to this day. Its well-researched page by page facts backed by potent sources (Bibliography pages 537 to 551) is a fine point which one cannot but commend.

Since the publication of this book in 2014, the geopolitics of Afghanistan continues to be in a flux culminating with the current talks between the Trump administration and the Taliban which could lead to the withdrawal of US forces from the country. And, possibly the return to power of the Taliban in Kabul, who are already in control of much of the country.

Anthony Loyd quotes a Taliban operative (he calls him ‘Pashtun fighter) in New Statesman (Letter from Afghanistan: “We have just defeated a superpower”, 1 April 2020) as saying, “It is 40 years we have been fighting now to establish an Islamic emirate, either as the Taliban or as the Mujahedin,” Khalid Agha told me as a slow breeze danced dust around the desert plains beneath us. “It is true we are sick of killing and dying. Who wouldn’t be? But if it takes another 40 years of fighting and killing to achieve what we fight for, then so be it.”

This very spirit is reflected in the array of events that Dalrymple charts in this book. The 1839 restoration of Shah Shuja (1786-1842) to the throne in Kabul by a massive British invading army comprising of 14,000 East India Company sepoys plus 38,000 others are fiercely fought out by Afghans as a jihad. After two years they are expelled slapping the biggest ever humiliation to the British.

By the end of February 1842, the British quit the place in retreat and Shah Shuja could not manipulate himself to remain on the throne and on 5 April 1842 was mowed down by his own godson. The massive details and storytelling are exceptionally brilliant.

From chapter one (No Easy Place to Rule) to nine (The Death of a King) is a historical thriller with clockwork precision. Shah Shuja was on the throne but the actual rule was that of the British occupation army. The Afghans never accepted this and Shah Shuja remained a hated figure till his end. The Union Jack was lowered at Bala Hissar, Kabul, on 12 October 1842 ending the British occupation.

The East India Company left Afghanistan after losing around 40,000 men, 50,000 camels with a demoralized army, ripe for a revolt, retreated, leaving the country in tribal chaos. In 1844, Dost Mohammed took over Afghanistan. It was the Anglo-Russian rivalry that led to this violent and needless episode in Afghan history.

But, events unfolding much later, saw the Russians (Soviet Union) in the 1980s withdrawing; in 2001 the US and Britain being pushed out by Afghan resistance; and in-between the Taliban rule and then 9/11 happened and the rest is history. The book reveals the Afghan people though united by one faith are actually badly fractured. So was their resistance to foreign occupiers. Afghanistan is a graveyard of empires, no doubt, is validated by the recent events unfolding with US troops poised to withdraw from the country and two leaders already battling for power after an election and most of the country occupied by the Taliban.

Most of the sources of the book are from the British Library, Oriental and India Office Collections, National Archives of India, Public Records Office, National Army Museum, London, Punjab Archives, Lahore and private collections. The hundreds of historical sources are all detailed (chapter wise) and make one wonder the amount of hard work the author did research the book.

All major figures/personalities mentioned in the book have their details in the Dramatis Personae giving one a historical context while reading the gripping book.

I repeat the quote of Mirza ‘Ata (1842) with which the author ends this book: “It is certainly no easy thing to invade or govern the Kingdom of Khurasan”.