Ghalib’s ‘undiscovered’ greatness: He wrote 6700 Persian couplets but 1100 in Urdu 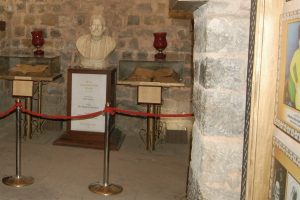 If December 27, 2021, was Ghalib’s 225th birth anniversary, it was also the Silver Jubilee of the restoration of Ghalib’s haveli by me through the Delhi High Court PIL in December 1996, where a landmark judgment was given by Justice CM Naiyar that Ghalib was a towering poet who had done India, proud and that his mansion be restored in the same grandeur as the poet himself had!

As if fed by poisonous water, Ghalib, like a vibrant and glossy plant, survives so gloriously and eternally even in our dark times. Setting manners over matter in all his literary work, Ghalib breathed life in his times as deeply, humanly, fully, and truly as any sensitive individual could have done. Having fully percolated and permeated the Indian literary mainstream, Ghalib’s poetry with its rich thought content has left an indelible mark on the minds of all connoisseurs of art and poetry.

The thought content in him spoke volumes of his cosmic vision, mysticism and the agonizing angst of being forlorn. Though when compared to his contemporaries. In fact he was a Goliath amidst the pygmies. He was disillusioned with his age for it never suited his intellectual thirst that grew still mightier every passing day.

One thing always to be appreciated about Ghalib remains his frank and truthful approach regarding all aspects of life. He shuns the ready-made truth for hypocrisy in religion or morals; rather he believes in discovering one’s own weaknesses and failures and realizing the truth that one has to live with once failures as much as achievements keeping in view that the former ones dominate more.

Too vast, contradictory and controversial, Ghalib’s poetic fabric in spite of all this remains most fascinating with an exquisite charm. The eternal impact of Ghalib’s poetry proves his catholicity, a cosmopolitan outlook, wit, repartee and craving for the spiritual.
Though creating an inimitable blend of the tragic as well as cosmic, Ghalib’s greatness is the remarkable quality of subjecting himself to self-testimony and to laugh at himself besides allowing others to make himself as the tool of laughter. Quite interestingly, Ghalib made fun of his poetry, his whims and fancies and his desires. He wrote a Persian “Diwan” (collection) that contained 6,700 couplets while his Urdu Diwan for which he is known globally, contains 1,100 couplets.

What is still more to be lamented is the fact that the real Ghalib has still not been discovered as his true greatness lies in his Persian poetry that has not reached the common man’s doors. Truth is that whatever fame Ghalib has is owing to his Urdu poetry in the form of ghazal, qita and masnavi.

Ghalib was of the view that he perfected himself in Persian according to the trend of the day. Mir Taqi Mir, envious of Ghalib’s meteoric rise, once commented that he wrote Persian poetry like Bedil, who dabbled in recondite curious and mundane matters of the day. In his well-compiled history of Urdu literature, “Shair-ul-Hind”, Maulana Abdul Salam Nadvi asserts that after Ghalib translated many terse Persian works, Urdu got enriched.
Throughout Ghalib’s poetry is marked by a high consciousness interspersed with a judicious blend of Persian phraseology. Intricacy and obscurity in Persian actually contributes significantly to all his poetic works.

The early poetry of Ghalib is marked by judicious use of Persian compound words and subtlety of expression whereas his later poetry shows more of mysticism and sublime approach towards his humanitarian approach. Ghalib is hailed by the author of his humane worldview through evocative language and fresh imagery. 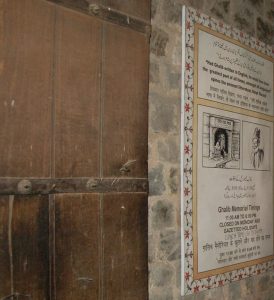 Ghalib is a poet of contemplation attempting to draw the subtlest and most precise distinction between one experience and another. He focuses on class struggles, class-consciousness, capitalist economy, feudal system, rural economy and social exploitation, “Bazaacha-e-atfaal hai dunia merey aagay/ Hota hai shab-o-roz tamasha merey aagay” (I am aware of the ephemeral reality of the universe/ the routine happenings are just illusory).
A glaring example of the shallow treatment to Ghalib is his mansion in old Delhi’s Gali Qasmijan, which is in shambles.

Ghalib was fed up with prevalent sense of dejection and inertia. At times he couldn’t articulate his relations that agonized him. His disgust is betrayed by the strong of solitude and alienation. He believed that in life (as well as poetry) contradictions are an inevitable part.
Ghalib was a life of unmitigated suffering, misery and grief except for a brief period in his youth. By birth he was an aristocrat, “of Seljuk, Turkish stock” in Ghalib’s own words. Ghalib’s father Abdullah Beg Khan Bahadur was in cavalry of Nawab Asaf-ud-Daulah of Lucknow. He was six when his father died and eight when his uncle Nasrullah Beg died.

In all his poetry, Ghalib raises basically three questions that exemplify his spiritual anxiety and artistic search. The first relates to the condition of man vis-à-vis God and his whole universe. The second is that of the poet suffering in penury for no fault of his, despite being a literary genius in the couplet: “Gar musibat thee kismet to gurbat mein utha lete Asad/ Meri Delhi mien hei honi thi khuwari hai hai” (If is was destined to be unfortunate, God, you would have called me earlier/rather than my being humiliated).

One would wonder that Ghalib has been translated into umpteen world languages including Czech, German, Belgian, Russian, Chinese, Japanese, Korean and even in many African languages. The translations both in India and abroad have been heartily appreciated. But one simply laments at the treatment meted out to him both by the ones associating themselves with the Urdu tehzeeb (Urdu culture) as well as the state.
A glaring example of the shallow treatment is that his mansion in old Delhi’s Gali Qasmijan is in a shambles. Even after the fact that the High Court’s single-judge bench of Justice C.M. Naiyar gave the judgment that an impressive memorial be built at the place of Ghalib’s haveli, no heed has been paid to uplift the mansion to the glory that poet had.

In February 1997, a civil writ was filed in the High Court by me as general secretary of Friends for Education to restore the mansion of Ghalib as a protected monument and that at the site a memorial be built befitting the stature of Ghalib, our national poet of Urdu. After many hearings the decision was passed on August 8, 1998.

However, after that, I pleaded with Sheila Dikshit, the Chief Minister and Keshav Chandra, her officer responsible for the care of Ghalib haveli, that a reading room, a corner selling Gahlib’s books, translated work in Hindi, a canteen and a toilet be built there but all in vain.
Nevertheless, Ghalib in India remains the most quoted poet. If take the example of the Indian parliament, one finds that he is most often quoted (though sometimes wrongly). Besides, the Indian films harp a lot on the poetry of Ghalib without whom these would be left poorer. Ghalib’s ghazals have been sung by all time greats like Surariya, Mohd. Rafi, Mehdi Hasan, Begum Akhthar and KL Saigal. Performances on Ghalib by Sorabh Modi, Gulzar or Naseeruddin Shah have been the milestones of the Indian film industry.

Though Ghalib’s talent has been recognized, the fact remains as in this couplet: “Hum ne mana key taghaful na karogey lekin / khakh ho jay enge hum tum ko khabhar hone tak!” (I know you will do justice to me / But it will be too late before you come)!
—

*Grandnephew of Maulana Azad, restored Ghalib’s mansion through a PIL in High Court of Delhi in 1996

Why is India’s book market struggling?