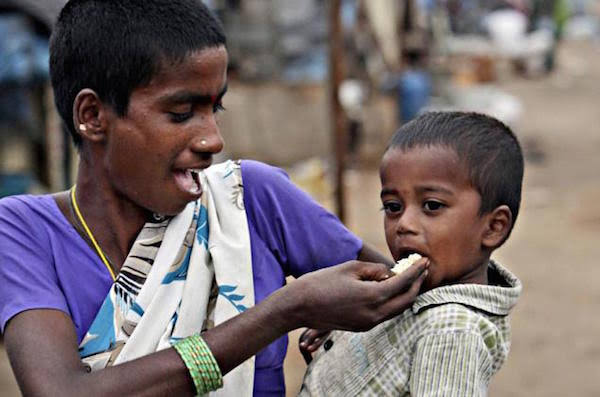 Every year October 16 is observed as World Food Day to celebrate the date of the founding of the Food and Agriculture Organization (FAO) of the United Nations. In the year 2021, the theme for World Food Day is “Our actions are our Future-Better Production, better nutrition, a better environment, and a better life”. The FOA is a specialized agency of the united nations that leads international efforts to defeat hunger to achieve food security for all and make sure that people have regular access to enough high-quality food to lead active, healthy lives. Recently, the Global Hunger Index (GHI) 2021 released the GHI scores with the ranks for the 116 countries. The GHI scores are categorized as low, moderate, serious, alarming, and extremely alarming. The GHI scores on a 100-point scale, 0 is the best score which indicates no hunger, and 100 is the worst. The report stated that “the fight against hunger is dangerously off track. Based on current GHI projections, the world as a whole and 47 countries, in particular, will fail to achieve a low level of hunger by 2030”. The GHI 2021 also highlighted that food security is under attacks on multiple fronts e.g. worsening conflict, weather extremes associated with global climate change, and the economic and health challenges linked with the Covid-19 pandemic all lead to hunger. India ranks 101st out of 116 countries with 27.5 scores which is in the serious category. And, this score was 38.8 in the year 2000 and 28.8 in the year 2012. The Global Hunger Index (GHI) is a tool designed to comprehensively measure and track hunger at global, regional, and national levels. GHI scores include three dimensions (and its four indicators) namely: Inadequate Food Supply (undernourishment), Child Mortality (Under-five mortality rate), and Child Undernutrition (wasting and stunting) with one-third weights each dimension. Inadequate food supply dimension: Undernourishment is associated with inadequate food supply, which is an important indicator of hunger and food insecurity. It measures among the entire population, both children and adults.

India’s Ministry of Women and Child Development in a statement on 15 Oct 2021 says: “It is shocking to find that the Global Hunger Report 2021 has lowered the rank of India on the basis of FAO estimate on proportion of undernourished population, which is found to be devoid of ground reality and facts and suffers from serious methodological issues. The publishing agencies of the Global Hunger Report, Concern Worldwide and Welt Hunger Hilfe, have not done their due diligence before releasing the report. The methodology used by FAO is unscientific. They have based their assessment on the results of a ‘four question’ opinion poll, which was conducted telephonically by Gallup. The scientific measurement of undernourishment would require measurement of weight and Height, whereas the methodology involved here is based on Gallup poll based on pure telephonic estimate of the population. The report completely disregards Government’s massive effort to ensure food security of the entire population during the covid period, verifiable data on which are available. The opinion poll does not have a single question on whether the respondent received any food support from the Government or other sources. The representativeness of even this opinion poll is doubtful for India and other countries.

This indicator is also used as a lead indicator for international hunger targets, including the SDGs. The index shows that 15.3% of the population in India is undernourished. And, globally the prevalence of undernourishment is increasing. Child mortality dimension: Death is the most serious consequence of hunger, and children are the most vulnerable. Child mortality is measured as the proportion of children dying before the age of five (in %). In India, 3.4 % of children die before their fifth birthday. The under-five mortality rate indicator has improved slightly from the year 2000 (9.5%) and year 2012 (5.2%). But the WHO study shows that reproductive, maternal, new-born, child and adolescent health (RMNCAH) services are critical for the beneficial, and breakdown of such services predicted to increase the child mortality as a result of the COVID-19 pandemic. Child nutrition dimension: Child’s nutrition status measured from the wasting and stunting. The GHI 2021 also mentions that 17.3 % of children under five are wasted and 34.7 % of children under five are stunted. The stunting indicator refers to the percentage of children under-five years old who suffer from stunting which is low height-for-age. The wasting indicators refer to the percentage of children under-five years old who suffer from wasting which is low weight-for-height. The GHI 2021 stated that factors such as poverty, inequality, unsustainable food system, inadequate safety nets, lack of investment in agriculture and rural development, and poor governance leads to stalling and even being reversed the progress in the fight against hunger. Also, the hunger situation is playing out in the world as a whole, in global regions, and individual countries. — *Senior Research Fellow, Centre for the Study of Regional Development, Jawaharlal Nehru University, New Delhi Source- counterview.net, October 16, 2021.