The veteran actor Mohan Agashe talks about Satyajit Ray’s Sadgati, the film that challenged caste as none before or after did, and his plans to instruct people on audio-visual literacy.

Renowned film industry luminary, director, music composer and illustrator Satyajit Ray was born in 1921. In this year of his birth centenary, Arvind Das speaks with acclaimed theatre and film actor Mohan Agashe about working with Ray—known as Manik-da among close friends—and his notable films, Shatranj Ke Khiladi (The Chess Players, 1977), and Sadgati (Deliverance, 1981), both based on short stories by Premchand and in Hindustani. Agashe played the crucial role of a cruel Brahmin priest in Sadgati, a role that earned him critical acclaim and awards. While in Shatranj ke Khiladi Ray depicts the decadent royalty of Lucknow during the British raj, in Sadgati, made forty years ago, he delivers a severe indictment of caste relations in colonial India. Excerpts of the interview.

How do you remember your association with Satyajit Ray?

Mohan Agashe: I am no authority on Ray. Like everyone else, he is a towering figure for me, but I will share a couple of experiences with you. Ray had written a letter to me offering the role of Ghasiram in Sadgati, which I readily accepted. Although it is only 52 minutes long, it gave me enough time to know why Ray is Ray. And why he was miles ahead of others. First, because of his taste. Premchand was a legend in himself, but Ray’s transformation of Premchand’s story [for the film] is as appropriate as the story itself. Premchand knew the strength of the writing. Manik-da picked up the exact visuals and sounds to communicate all that Premchand had sought to communicate through words. When Premchand wrote this story [Sadgati], literacy was the preserve of few. So he wrote in a language that had an oral nature. Manika-da tried to make this film in the same way, to reach the most people. Film developed as a means of entertainment, and in India, it went entirely into the hands of businessmen. We were never taught to appreciate a movie. Ray taught us how to see a movie. He perpetuated learning. Along with [noted contemporary director] Ritwik Ghatak, Ray struggled to get recognition as an artist. They fought this battle through film societies. Barring a few exceptions—Bandit Queen (1994), Article 15 (2019) and some others—Hindi cinema never vociferously makes caste its central theme. Social justice remains on the periphery of films. In this respect, how do you see Sadgati? I was coming to this point. Many people have made movies on caste problems, but no film is as authentic as Sadgati. The reason is that neither in Premachand’s story nor in Manik-da’s movie is there any hero or villain. As the situation in the film develops, one caste—Brahmin—becomes exploiter, and the other—the Chamar—gets exploited. Caste is deep-rooted in culture, and the film depicts what was accepted in the culture at the time. Dukhi, played by Om Puri, thinks he must do something for Ghasiram in lieu of his services [as a priest]. That is how he raised the issue [of caste] in the movie. 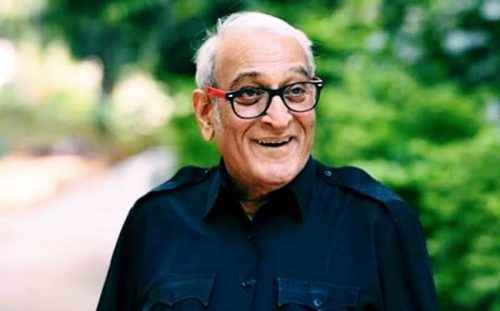 Yet, watching this film, we notice the rage in Dukhi’s eyes. Does it give this movie a different flavour?

Exactly. Govind Nihalani made the movie Aakrosh [Rage] on the same issue. There is silent aakrosh in Sadgati. That is the difference. In Sadgati, we see the effigy of Ravana, which is not in the original story Premchand wrote. Yet, the effigy is not burned in the film. Why so? Ravana is a symbol of social evil. Originally, the ending was to be shot in the sunlight, which was expected to be blazing hot, and Ravana had to burn. Suddenly, the weather changed. Manika-da changed the ending because it started raining! He was very meticulous about his shooting plan and very economical, but he was also very flexible, so he thought he would use the environment as it was. So, Ghasiram drags the dead body into a swamp, and the woman comes crying… It is a very powerful visual—as if nature is scornful. That is the transformation he effects through the medium. Manika-da was quick to capture these changes and the environment so that he could make the ending more powerful. This he might not have achieved by depicting Ravana’s effigy burning.

While Shatranj ke Khiladi gets discussed a lot, people tend to ignore Sadgati. Why is it so?

I will not be able to answer this authoritatively, but I feel Shatranj ke Khiladi was a big-budget film produced by Suresh Jindal, while Sadgati was India’s first telefilm. It was shot on 35mm and the producers were Doordarshan. Manik-da had a contract with France, too, so it was telecast simultaneously in France and India. In those times, television was not a very popular medium. Also, Shatranj ke Khiladi had stars such as Sanjeev Kumar, Saeed Jaffrey, Shabana Azmi, Farooq Sheikh. But I am happy that Sadgati is being talked about now, in the year of Manikda’s birth centenary, on par with his Apu trilogy.

Where was Sadgati shot? Tell us about your co-stars, Om Puri and Smita Patil too.

It was shot near a village in Raipur. I cannot remember its name now. Om [Puri] and I used to share a room in the hotel. Manik-da liked Smita a lot. Unfortunately, Om Puri, Smita Patil and Geeta Siddharth are no longer with us today.

Like films, we see the democratisation of other media too. One can make movies even on mobile phones today. Those who are sensitive people make good short films. The major difference today is that the production of short films has increased manifold compared to feature films. Accordingly, their viewership on small screens has also grown. But I must add, filmmaking is still dominated by business-minded persons. In web series, you see sex and violence. If you compare with the films of Manik-da and Ritwik Ghatak, percentage-wise, the good films are still very few. That percentage will not increase unless everyone knows how to read and write, see and listen. Today, people are watching movies passively, not actively. It has to change. That is why I say the dangers of passive seeing and listening are worse than of passive smoking. Smoking affects your body, but passive seeing and listening affect your mind.

Did Ray ever share any plans with you to make another film in Hindustani after Sadgati?

He was not willing to make one himself, but he did make two serials for Doordarshan, telecast as Satyajit Ray Presents (1985-86). He wrote these series, and his son Sandip Ray was director. The first part, Satyajit Ray Presents-I, was a package of thirteen short films in which Girish Karnad, Victor Banerjee, Pankaj Kapoor, Amol Palekar and I acted. All thirteen films should be models for film schools such as FTII [Film and Television Institute of India] and SRFTI [Satyajit Ray Film and Television Institute]. Young filmmakers can learn a lot from these films while making their twenty-minute short films for their diplomas. Manik-da also wrote Target, a Hindi film, which his son directed after his demise. Last question! Tell me about the projects you are working on? For the last few years, I had been working with a very sensitive filmmaker from Maharashtra, Sumitra Bhave, who unfortunately passed away in April. Sumitra was the only filmmaker in the world who had made excellent and award-winning films on six medical issues associated with stigma, from HIV-AIDS to depression. Although I am not a producer, because we shared the same principles, I happened to produce three of them [for example, Astu, on Alzheimer’s Disease]. I use these films for teaching. As I said earlier, now I want to teach people how to see and listen—what I call audio-visual literacy. So that is something I wish to do after the pandemic.

(Arvind Das is an independent journalist and media researcher.)

“No One Cares About Our Protests”