Joint statement by the PM’s of Australia & Sri Lanka 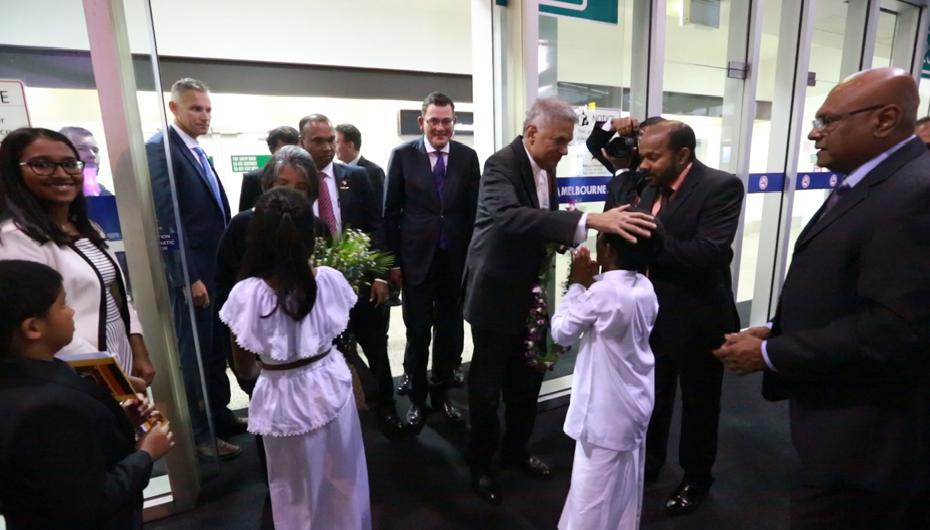 Prime Ministers underlined our strong historical ties, common values and shared interests – including a commitment to democracy, the rule-of-law, and support for a stable, liberal rules-based international order.

Prime Ministers commended the sustained efforts of both nations to build on these foundations to realise the benefits of closer cooperation. They welcomed strong achievements, particularly in countering people smuggling and strengthening people-to-people links. They underlined new opportunities to expand the economic relationship presented by Sri Lanka’s ambitious economic reform agenda, deeper integration with the global economy and progress toward becoming an important Indian Ocean economic hub.

Prime Minister Turnbull commended Sri Lanka on its strong economic growth and considerable progress toward national reconciliation since the end of the conflict in 2009. As a close friend and Indian Ocean neighbour, Australia will continue to stand with Sri Lanka on this journey, including through lending practical support for reconciliation measures.

Prime Ministers underlined the importance of continuing to counter the illegal people smuggling trade, which puts vulnerable peoples’ lives at risk and enriches criminal networks. They emphasised their commitment to detect and deter people smuggling ventures and to strengthen the close working relationship between agencies.

The Prime Ministers emphasised the significant opportunities of greater trade and economic integration in the Indo-Pacific region to both countries and their continued commitment to work together in building regional trade. In this regard, Prime Ministers noted the Kotte Statement on International Trade and Investment adopted by CHOGM 2013 in Colombo and welcomed opportunities to deepen trade and investment links.

Prime Ministers discussed new and growing opportunities for greater energy cooperation. They noted Sri Lanka’s changing energy requirements and that Australia was a major global energy supplier. Australian companies could play a role in securing energy supply to fuel the next stage of Sri Lanka’s economic development. They noted investment in energy infrastructure could be a major driver of economic growth in Sri Lanka in the future.

Prime Ministers noted strong and growing education ties, which boost the human capital of both countries. Many Australian education providers are active in Sri Lanka, including delivering high quality education and conducting research with local partners. Around 7,600 Sri Lankans are currently studying in Australia. Australia has sent around 300 New Colombo Plan participants to study in Sri Lanka since 2015 including in health, science, architecture, information technology, commerce and law.

Prime Ministers agreed Australia and Sri Lanka’s longstanding development partnership had made an important contribution to Sri Lanka’s growth and prosperity during the past 70 years. Prime Minister Turnbull reiterated Australia’s strong ongoing commitment to assisting the Sri Lankan Government achieve its inclusive development goals, including through developing skills and opportunities for small business, boosting trade competitiveness and encouraging greater participation of women in the workforce. Reflecting this commitment, Prime Ministers welcomed the signing of a new MoU for a Development Cooperation Partnership.

Prime Ministers emphasised the positive role of our extensive people-to-people links, which were the foundation of our warm bilateral relationship. Australia’s large Sri Lankan community – drawn from all ethnicities – had made a significant contribution to many different sectors of Australian society and economy. They noted overseas Sri Lankans, including those based in Australia, could make a significant contribution to Sri Lanka’s future development.

Prime Ministers launched the tour of Australia by the Sri Lankan cricket team and noted the role of sporting exchanges in the bilateral relationship. They also welcomed the signing of aMoU on Cooperation in Sport to deepen cooperation between professionals in cricket, basketball, swimming, volleyball, tennis, boxing, rugby, cycling, golf and baseball, as well as in sports integrity measures.