MUSINGS: Afghanistan in my album and later… 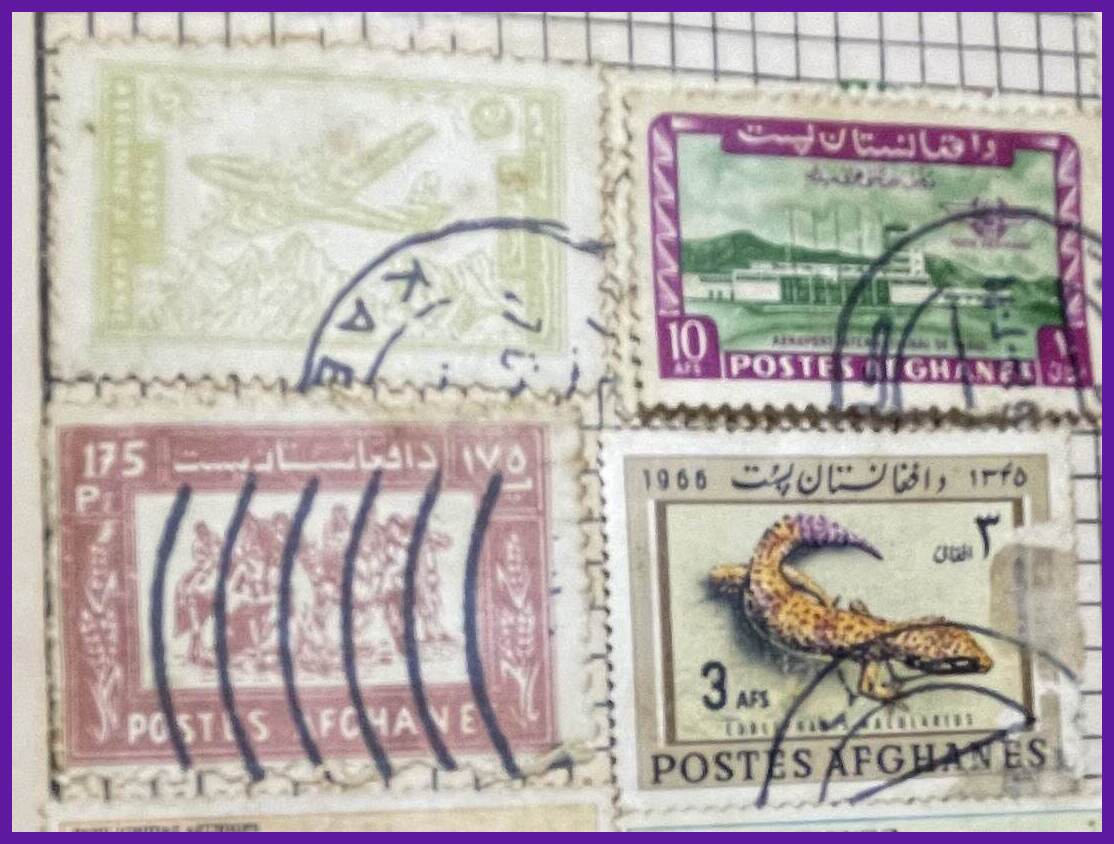 Afghanistan stamps in my album.

MELBOURNE, 22 August 2021: Afghanistan is making news for reasons we all know. In a social media-driven scenario, the Taliban takeover and the news of the demise of superpower United States are on everyone’s lips. But, in my childhood days, Afghanistan was a rather obscure place from where people came to India for trade or to sell dry fruits (Pista-Badam). In fact, sweet ‘Chaman’ grapes (quite longish) were available in Indian markets. Probably, King Zahir Shah ruled Afghanistan then. I did not even know that.

The knowledge about this land-locked country is immense these days. But this was not always so. My knowledge of Afghanistan probably came first from Bimal Ray’s movie ‘Kabuliwala’ which was based on Rabindranath Tagore’s story of an Afghan ‘Pathan’ who comes to India to sell dry-fruit and grapples with unintended issues. Seeing a small girl in Calcutta, he remembers his small daughter back home. His longing for Afghanistan and his daughter disturbs him. Much more happens. The song ‘Ae mare Payare Watan…’ sung by Manna Dey, is to this date remains a landmark song of the Indian film industry. Veteran actor Balaraj Sahani plays the ‘Kabuliwala’ in the film, made in Bengali and Hindi. This was my Afghan fixation for many years. 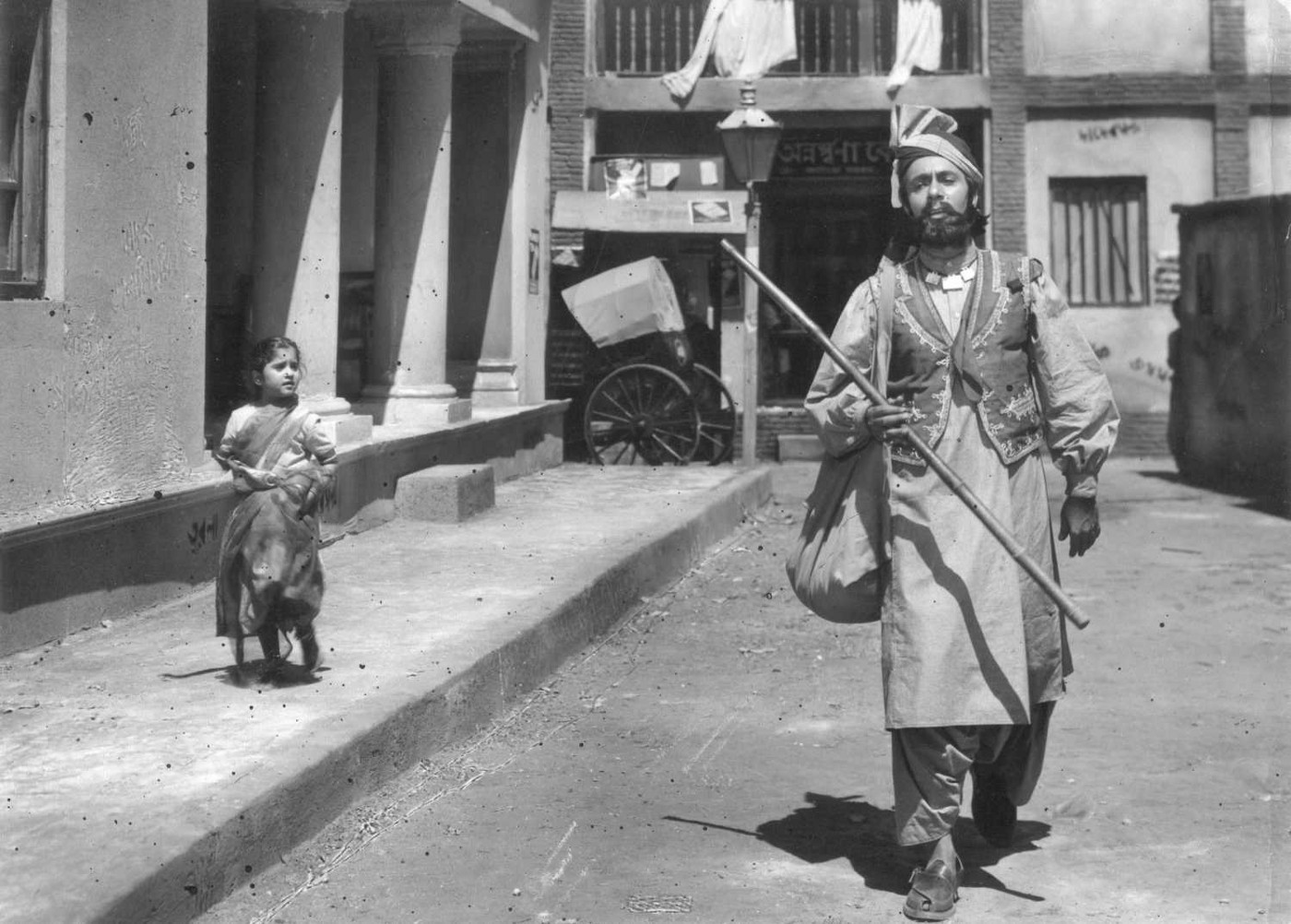 A scene from ‘Kabuliwalla’ with Balraj Sahani as the Pathan.

As I grew older, I became a postage stamps collector. I had some faded Afghan stamps. I saw some pictures and personalities of Afghanistan. I learned that their currency was ‘Afghani’, but had no idea what language or languages people there spoke. My stamps were my Afghanistan in an album. Little did I know, how things will unfold, dramatically in the coming years.

As a student at Delhi University, I heard the Afghan King, Zahir Shah had been overthrown, in a bloodless coup on July 17, 1973. The leader of the coup, General Mohammad Daud Khan (the king’s brother-in-law) took power. Those were the days of the ‘Cold War’ between the United States and the Soviet Union. Daud was later overthrown by Noor Md. Taraki (Leftist/Communist) of the People’s Democratic Party of Afghanistan (PDPA) creating pushing the country more into the Soviet Union’s orbit. This happened on April 27, 1978, called the ‘Saur Revolution. ‘Saur’ is the second month of the solar Hijri calendar.

I thought Afghanistan was marching towards progress. Later Noor Md. Taraki was overthrown by Hafissula Amin (leftist-PDPA- Khalaq faction) and Amin was subsequently ousted from power by Babrak Kamal, leader of the Parcham faction of the PDPA. Leftist students at Delhi University talked of a progressive/socialist transformation in Afghanistan. This govt faced opposition from Islamists and Soviet troops marched into the country. The West called it ‘Occupation’. China opposed Soviet troops in Afghanistan. Many decades of war followed with the Islamist Mujahidin backed by the US fought the ‘Soviet Occupation’.

In those days a pro-govt. newspaper ‘Kabul New Times’ was published in Kabul. They needed a journalist based in Kabul. Someone suggested I should go. I was reluctant. Two journalists from Delhi went and worked in the newspaper. One came back disappointed and politically dejected.

A seminar was organized in Delhi University’s Arts Faculty to oppose the ‘Soviet Occupation of Afghanistan’. Someone wanted to ask a question but was shouted down with slogans of ‘KGB agent down down’. There were scuffles and the seminar ended abruptly. Such was the politically tense atmosphere in the university.

Later, Soviet troops were withdrawn from Afghanistan when President Gorbachev launched ‘Perestroika’, but the leftist Najibullah government ruled another 4 years (May 4, 1986, until April 15, 1992) battling the US and Pakistan backed Mujahideen. The Mujahideen captured power with Rabbani taking power, who was later overthrown by the Taliban, and Najibullah and his brother who were in the UN compound tried to escape in an Indian plane, were on way to the airport, were captured and hanged to death by the Taliban, who took power.

After 9/11, the US bombed Afghanistan and removed the Taliban from power in 2011. US and Western troops moved in with Hamid Karzai (educated in India) in power and later Ashraf Ghani, who escaped from Kabul on 15 August 2021 and the Taliban came back to power after 20 years as the US troops quit Afghanistan. The US talked to the Taliban in Doha and an agreement was signed for US withdrawal ignoring the Ghani regime and other powers in the region.

Three trillion dollars were spent on the 20 years of the US war in Afghanistan. It is one of the world’s smallest economies and the poorest country with about 30 million people. The 300,000 plus US-funded and equipped Afghan Army melted like ice and the Taliban took power fast. The blame game is on. It is being said this Taliban is a different one. Well, one must wait and see.

I still have my stamp album with me with the few Afghan stamps. I am still humming ‘Ae Mare Pyare Watan…”, as I read the latest Afghan news on social media. Everyone has become an Afghan expert. No shortage of specialist articles. The ‘Graveyard of Empires’ is news again.