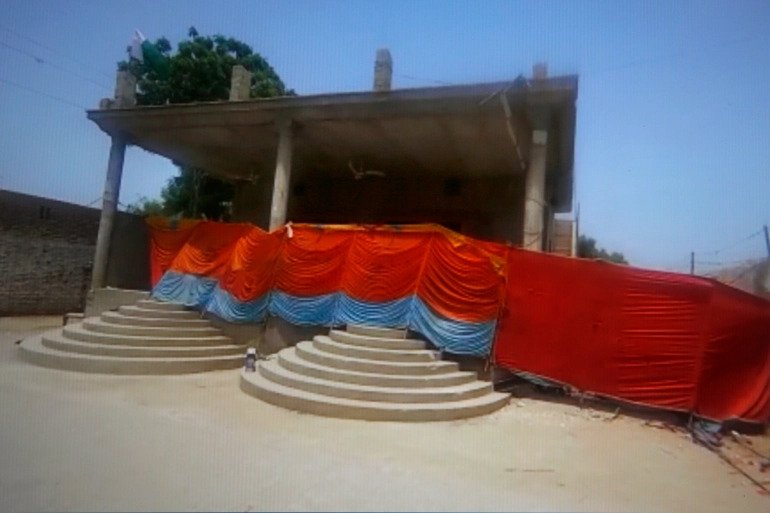 LAHORE, August 7, 2021: The Supreme Court on Friday ordered the immediate arrest of the suspects involved in the attack on a temple in Rahim Yar Khan and action against those who incited the violence. The apex court sought a report from the provincial chief secretary and police on the action against the accused within a week.

A two-member bench, headed by Chief Justice Gulzar Ahmed, gave the directives while hearing a suo motu in Islamabad on the attack of Ganish Temple in Bhong city of Rahim Yar Khan. The apex court also ordered to recover the cost of repair of the temple from the accused in the case. The Supreme Court directed that the provincial government establish village peace committees in the affected area and peace committees for religious harmony in Punjab to ensure that such incidents do not happen in the future.

Punjab Chief Secretary and Inspector General of Police Inam Ghani appeared before the court. “What were the administration and police doing when the temple was attacked?,” Chief Justice Gulzar Ahmed inquired from the senior provincial officials. IGP Inam Ghani told the court that the assistant commissioner and the Assistant Superintendent of Police (ASP) were present on the spot. The administration’s priority was to protect 70 Hindu homes around the temple, the IGP said, adding that police have added terrorism charges in the case.

Chief Justice Gulzar Ahmed remarked that the whole incident happened because of an 8-year-old child, tarnishing Pakistan’s image all over the world. The CJP reprimanded the police, remarking that police personnel became silent spectators and did nothing to stop the temple attack.

The chief justice came down hard on the negligence of the police in handling complaint against a minor child and the ensuing attack on the temple. “It has been three days since the incident and not a single person has been arrested,” Chief Justice Gulzar Ahmed remarked, adding that seeing the remorse of the police over the incident, it seems that there is no enthusiasm left in the police force. If the Punjab police had any professional personnel the matter would have been resolved, the CJP said.

“Think of the feelings of the Hindus seeing their temple being vandalised. Think of the reaction of the Muslims if a mosque had been attacked similarly,” the CJP rebuked officials.

The chief justice remarked that there is no professional in the Punjab police over arrest of an 8-year-old boy in an alleged case of blasphemy related to the temple attack. The court told the Punjab police chief to sack the station house officer (SHO) of the police station that had arrested the minor boy.

The chief justice observed that despite court orders, the administration jumped into action after incidents like the Karak temple attack had happened and not earlier. “Can’t a system be put in place to preempt such incidents,” the CJP said.

During the hearing, the Punjab IGP court assured the court that he would suspend the concerned SHO and take departmental action against him. He said police have registered three separate cases for the attacks on the temple and Imambargah, and blockade of the motorway. “All the accused will be arrested based on videos of the temple attack,” the IGP told the court.

Patron-in-chief of Pakistan Hindu Council and Member National Assembly Ramesh Kumar also addressed the court. He said Abdul Razzaq Soomro, who allegedly instigated the mob, has not been arrested. The chief justice remarked that the report submitted by the police was nothing but information and no arrest had been made three days after the incident. The court reprimanded the bureaucracy and said if there were competent officers the matter might had been resolved by now.

The Punjab chief secretary told the court that unregulated social media was helping spread hate material during religious festivals and Muharram. He said the attack on the temple was result of a post by a person named Abdul Razzaq Soomro. He said the government had arrested several people for posting hate material last year.

Additional Advocate General Punjab Qasim Chauhan told the court that most of the attackers came from Kacha area. The mob had first set fire to the standard (Alam) of the Imambargah and then ransacked the temple, he said.

The resolution, which was tabled by Minister of State for Parliamentary Affairs Ali Muhammad Khan said that the House equally in pain and stood with the Hindu community on this incident.

The resolution said that Prime Minister Imran Khan has also strongly condemned the incident and issued directives of strict action against the element involved in it.

The Constitution of Pakistan gave complete protection to the rights of minorities. The House expressed strong resolve to ensure the protection of minorities’ rights and their religious places. On this issue, the government and the whole nation were on the same page.