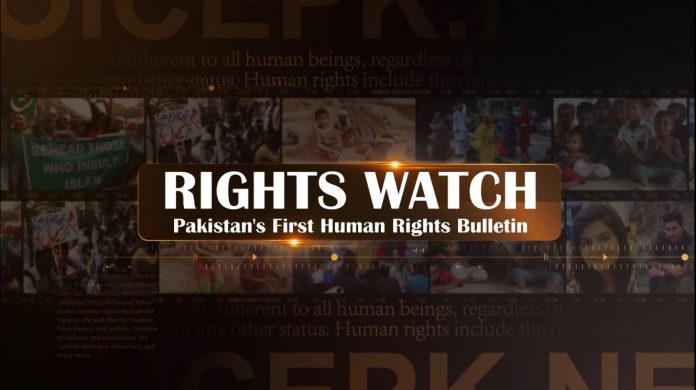 Steel Town police on Friday, February 12, announced the arrest of three men accused of abducting a college student from Gulshan-e-Hadeed and sexually assaulting her on February 9.

According to the rape survivor, she had left home to attend her college in Gulshan-e-Hadeed when the suspects pulled up to her in their car and forced her inside. She was gang-raped and then abandoned in DHA, where she was found by the area police – Steel Town police were alerted to her recovery, and an FIR was registered against three nominated suspects.

Police were able to apprehend all three men in raids. A medico-legal examination of the rape survivor has been carried out, and police are awaiting the DNA test results to initiate further proceedings. Meanwhile, the girl’s family have stated that they are content with the investigation and police cooperation, and are hopeful for due justice.

On Friday, a six-year-old boy by the name of Nauman Hassan succumbed to grievous torture at the hands of a landlord in Depoke village, Narowal district, before he could be shifted to a hospital for treatment. The crime came to light when a video of the torture in which Chaudhry Muhammad Sarwar can be seen beating the screaming toddler with an iron rod.

According to the victim’s father, Raees Alam, he and his wife were under Sarwar’s employ, and that his son was allegedly beaten because the child had refused to labor. According to others in the area, Sarwar, his wife Gulshan Bibi, and his sons Muhammad Azam, Muhammad Mansoor, and Muhammad Nadeem, had tortured other laborers and their children before.

A case has been lodged against the landlord and his family for murder, however, no arrests have been made as of yet.

The South Asia Partnership – Pakistan (SAP Pakistan) and the Aurat Foundation on Friday, National Women’s Day, released the publication titled Violence against women and girls in the time of COVID 19 pandemic, which tabulated incidents of violence against women (VAW) in 2020. The data was collected from select newspapers and verified with the police and spanned 25 districts under the Jazba- Democracy and Empowered Women or Jumhoriat Aur Baaikhtiar Aurat project.

According to the report, 2,297 VAW cases were reported last year, with Punjab constituting 57% of the cases, Sindh 27% Khyber Pakhtunkhwa 8%, Gilgit-Baltistan 6%, and Balochistan 2%. Punjab recorded the most incidents of murder, rape, acid attacks, abduction, domestic abuse, child marriages, and forced marriage, while honor killing was the most rampant in Sindh.