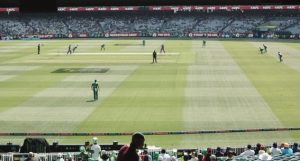 MELBOURNE, May 12, 2022: The 12-month Memorandum of Understanding (MOU) features more games scheduled for female domestic players who continue to be the highest-paid in Australian sport
The Australian Cricketers’ Association (ACA) and Cricket Australia (CA) have agreed to the terms on a 2022-23 MoU.

The one-year agreement follows a request from CA last year to enable a strong focus on delivering an amazing summer of cricket in a COVID-impacted season. Both CA CEO Nick Hockley and ACA CEO Todd Greenberg said the process of agreeing to a new deal based on the existing MoU demonstrated the strong working relationship between the parties.

“This is an excellent result for Australian cricket and I look forward to working with Todd and the Players’ Association for the next long-term MoU,” said Hockley.

“Despite the impacts of Covid, the MoU has delivered an outcome for players that is beyond expectations.

“We thank all the players for their enormous efforts in such a demanding time. To think that we managed to play every international game and the vast majority of domestic fixtures last season and enjoyed one of the most successful periods in our history is an extraordinary achievement from all involved.”

Greenberg said the agreement was an endorsement of the Revenue Share Model between Cricket Australia and the players.

“What became clear as we worked through the negotiations was that the benefits to the game of this partnership model were clearly recognised,” said Greenberg.

Significantly, the deal maintains the Partnership and Revenue Share Model which has been in place for more than 20 years. Under the agreement, players share in 27.5 per cent of Australian Cricket Revenue (ACR) plus a 2.5 per cent Performance Pool.

“It has served Australian cricket well in responding to the impacts of COVID, where player payments and benefits self-adjusted as the games’ revenues fluctuated, avoiding the challenging re-negotiations faced by other sports,” said Greenberg.

Despite the challenges of COVID, CA’s revenues remained above forecast for the current MoU period (2017-2022).

The ACA and CA are both focused on increasing playing opportunities for domestic female cricketers.

This has resulted in four extra WNCL rounds, taking the competition to a full home and away fixture of twelve games per team, on top of fourteen WBBL games. This means:
there are additional WNCL match payments totalling nearly $7,000 per player; and
the average salary for female domestic players who play both formats is now $86k (exclusive of superannuation, prizemoney, ACRA and a share of the Adjustment Ledger).
“Our female players are superb role models and as we continue to focus on increasing the participation of women and girls in cricket, a full home and away WNCL season is a logical step,” said Hockley.

Greenberg said it was important for cricket to lead Australian sport towards gender equity.

“What we have agreed to for the next twelve months provides our female players with more opportunities to play, and better remuneration as a result.”

In recognition of the partnership, the players have agreed to allocate $4 million to Cricket Australia to assist in managing the ongoing impacts of COVID.

“At a time when all sports continue to negotiate the challenges of the impacts of COVID, the partnership model has delivered a great result for Australian cricket and the players,” said Greenberg.

Hockley said he was grateful to the players for their multi-million contribution to offset biosecurity expenses, which had cost the organisation approximately $40 million.

One MoU for all male and female players.
Players continue to receive 27.5 per cent of forecast ACR with a Performance Pool of 2.5 per cent.
Players continue to receive 27.5 per cent of above forecast revenue into an Adjustment Ledger.
Players’ retainers and match payments protected and increased by 1 per cent across all playing groups.
Increase of WNCL matches from eight to 12, providing up to $7,000 in additional match fees. This sees domestic female players’ remuneration continue to lead the way in Australian sport.
The Players’ Grassroots Cricket Fund will continue to support grassroots cricket with unspent amount of approximately $10 million carried into the next MOU period.
$3 million grant to the ACA from the Grassroots Cricket Fund to continue funding of the ACA’s Premier Cricket Program and Masters Tours.
Contribution from the players to biosecurity costs.