A hard time for democracy in Asia 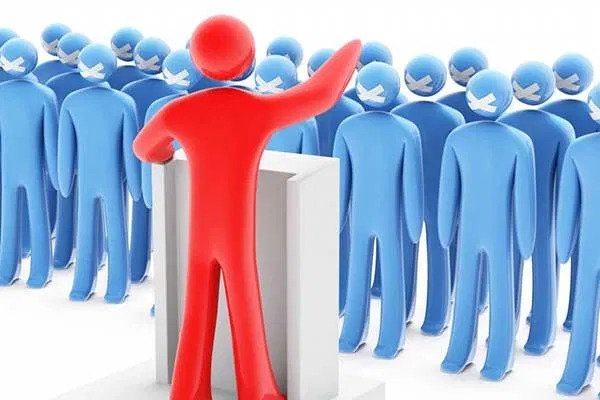 Under the presidency of Donald Trump, concerns about democracy and human rights were demoted in US foreign policy. Trump’s administration deserves credit for reorienting American foreign policy to confront an increasingly authoritarian China. But while some US officials did what they could to advance human rights, Trump himself had a transactional, value-neutral approach to dealing with China. President Joe Biden will be different.

The ‘old realism’ emanating from former president Richard Nixon’s opening to China holds that drawing Beijing more deeply into the international system would make it a ‘responsible stakeholder’, facilitating its ‘peaceful rise’ and gradual modernisation into a more politically open — if not entirely democratic — system.

‘New realism’ sees China pursuing dominance in Asia, including through pushing the United States out of the Indo-Pacific region, constructing military bases in and controlling the South China Sea, and eroding US alliances. From this perspective, countering China’s bid for regional dominance is imperative both for regional security and for defending democracy.

The modernisation and expansion of China’s military increasingly threatens democratic Taiwan. President Xi Jinping and other senior Chinese leaders speak in increasingly belligerent terms of their intention to ‘reunify’ Taiwan with the mainland. Taiwanese President Tsai Ing-wen’s policy restraint is met with psychological warfare and other forms of intimidation.

The Biden administration must consider how it can deploy greater military force to defend against and deter Chinese military coercion, while also avoiding unnecessary confrontation or further stoking Chinese nationalist sentiment already on the rise.

Within Asia, the indispensable counterweight to China is India. India will have a larger population than China within a decade and is catching up economically and technologically. And though India’s military spending is only a quarter of China’s, it has one of the world’s largest militaries and is a Quad partner with the United States, Japan and Australia.

A loose strategic forum, the Quad lacks joint military exercises but is evolving towards greater military cooperation and intelligence sharing to deter Chinese aggression and preserve a free and open Indo-Pacific region. But just when India is becoming important to the future of democracy in Asia, it is drifting in an authoritarian direction.

Re-elected in a landslide victory in 2019, the Bharatiya Janata Party (BJP) and its charismatic leader, Prime Minister Narendra Modi, are eroding the independence of India’s main institutions. The right-wing populist party traffics in religious chauvinism and intolerance of critics and minorities. If the Biden administration remains silent in the face of these trends, the strategic partnership with India will ring hollow in its defence of democracy. On the other hand, if it is too confrontational and moralistic — especially when US democracy is visibly diminished — US–India relations could careen off the rails.

No dilemma complicates the Biden aspiration to promote democracy in Asia more seriously than the erosion of democracy in India, which remains poorly understood in Washington.

It is a hard time for democracy in Asia. Myanmar’s military, which already held veto power over constitutional change and control of Myanmar’s power ministers, staged a coup in February — ending the country’s five-year experiment with semi-democracy. In Thailand, the military remains in charge alongside the monarchy, blocking any return to democracy. An illiberal populist, Rodrigo Duterte has degraded a functioning democracy in the Philippines.

Hun Sen has completed Cambodia’s slide into one-party dictatorship. Vietnam has been cracking down heavily on dissent and civic space. The prospect of a democratic transition seems stalled in Malaysia and distant in Singapore. Indonesia and Mongolia remain genuine democracies but are preoccupied with internal stresses.

Even in Japan, Asia’s oldest liberal democracy, democratic norms and practices weakened during the nearly eight years of Shinzo Abe’s leadership. South Korea’s left-of-centre government is also infringing on judicial independence and freedom of speech. While liberal democracy is in many ways thriving in Taiwan, it is increasingly threatened by China.

There is little prospect for success in a frontal campaign demanding perfect fidelity to democratic norms. Any strategy to promote democracy in Asia will need to integrate strategic and human rights imperatives, strengthen and defend partners in civil society, and look to the medium run.

Few people in the region want their countries to become vassals of a regional order under China’s control. This common interest can provide leverage for engagement around human rights issues and rule of law. Some leaders, like Duterte, may threaten to ‘play the China card’ but it is unlikely to be popular domestically, particularly as the costs of economic and strategic engagement with China become more apparent. When a democratic rebound comes, it will be driven by forces in civil society.

The United States and its liberal democratic allies, such as Australia, Canada, the European Union and hopefully Japan, must work through diplomacy and aid flows to preserve civil society groups and independent media. These democracies will have more impact if they coordinate their activities and prioritise the diffusion of technologies to help democrats evade digital surveillance and censorship. In some instances — and sadly for Hong Kongers — established liberal democracies may need to provide a temporary or even long-term home for democrats at risk.

In the near term, the priority may need to be containing the democratic retreat and countering the rise of authoritarian China. In some countries, this means just trying to keep democrats alive. But the growing demands of young people in the region for more open and accountable government offer hope that this authoritarian moment will have an expiration date.

Larry Diamond is Senior Fellow at the Hoover Institution and at the Freeman Spogli Institute and Director of the Center on Democracy, Development, and the Rule of Law at Stanford University.

An extended version of this article appears in the most recent edition of East Asia Forum Quarterly, ‘Asia after Biden’s election’, Vol. 13, No 1.