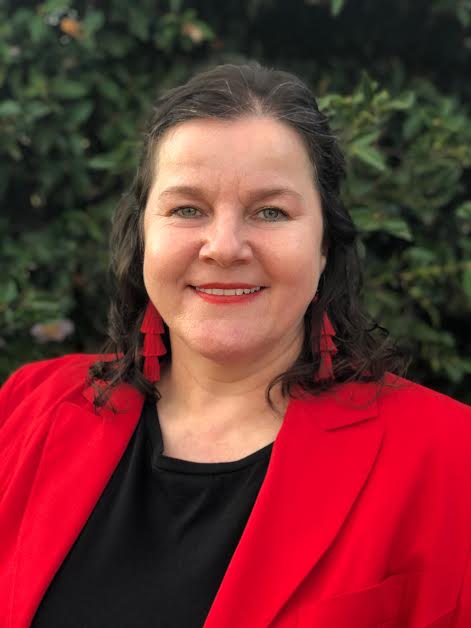 Dr. Gabriela Raducan completed the Ph.D. degree at RMIT University, Melbourne, Australia, where she undertook deep research in the bushfires field. She has a multidisciplinary background and deep knowledge of Advanced Data Science and ICT. She is very passionate about research and she launched a complex initiative that aims to stop bushfires, as part of her Australian not-for-profit, Tech4Future.

Q: Dr. Raducan, from your experience, what can be improved in terms of bushfire management?

A: In the last years, almost the same actions were taken and unsurprisingly we have the same outcome: we are still not able
to extinguish the bushfires before they become disastrous. In my opinion, there should be a change at the fire management level.

To be able to better manage the bushfires, different management of land must be implemented in Australia. There were huge amounts of money spent over the years to extinguish the fires and to rebuild everything after these disasters, but the lives lost cannot be recovered. Therefore, the money should be invested to create a strong prevention strategy: an efficient land management approach would be to preserve small areas which are bushfire prone and to thin them. Then, these areas should be surrounded by areas with plants which don't burn very easily, in order to conserve the Australian flora and fauna, and to protect it from fires.

To have control over the bushfire-prone areas, a monitoring network with IR cameras must be built,
able to send a warning in real-time when a small fire appears in the area surveyed, so the firefighters
can extinguish the fire before it spreads and becomes uncontrollable. The bushfire prone areas must
be monitored 24/7.

Q: Do you think that preventing bushfires is a good thing for the Australian natural environment?

A: It is believed that the bushfires are an important part of the Australian natural environment because they clean up the dry/dead bush and help the plants regenerate, but unfortunately, the negative impact of uncontrolled bushfires outweighs the benefits. They affect the air quality, kill many animals, destroy properties and sometimes they kill people.

An alternative is to plan fires that burn on small bushfire-prone areas. These fires are organized by authorized and specialized people who aim to clear the natural environment and to prevent the disasters caused by uncontrolled bushfires. However, the planned fires, although much better than the uncontrolled ones are still a source of air pollution and animal lives can still be lost in the process.

The best option is the thinning of the bush to remove the excess of fire fuel from the bush or forest, which will help prevent uncontrolled bushfires. Big bushfires that happened in Australia represent forces much bigger than the human powers can handle. This is the reason why the best approach is to prevent them from happening

Q: You launched the F.I.R.E. initiative. What can you tell us about this?

A: F.I.R.E. (Fire Initiative in Research and Education) is a global initiative for fire prevention.

Many bushfires start because of the negligence of people. Hence why a crucial aspect that must be considered for bushfire prevention is the education of people. One aspect of F.I.R.E. is an educational program that aims to partner with all the Governments in the world who are interested in fire prevention and to have training modules implemented in schools, universities, and workplaces.

Unfortunately, there are also people who light fires on purpose to create bushfires. Regardless of the situation, the management of land must be done in order to prevent the size of the fire from increasing, as well as its uncontrolled spread.

Also, Tech4Future will recruit volunteers from all over the world, to act as F.I.R.E. Champions. The role of the Champions will be to promote safe fire practices, but also to keep the community safe by being vigilant and reporting arson attacks.

This global educational program has the potential to become the biggest volunteering initiative, in which millions of people can be involved, and contribute to a safer world.

The F.I.R.E. initiative contains two other areas, apart from the educational program, which can be
found here: www.tech4future.com.au/fire