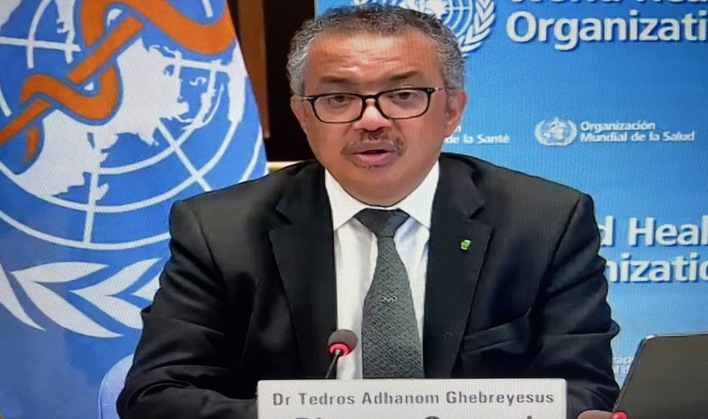 WHO DG launches the WHO Global Air Quality Guidelines. Photo grab- WHO

Melbourne/Copenhagen & Geneva, 22 September 2021: Along with climate change, air pollution is one of the biggest environmental threats to human health. Air pollution and climate change are also well connected. Concerned about this escalating situation, the new WHO Global Air Quality Guidelines (AQGs) released today provide clear evidence of the damage air pollution inflicts on human health, at even lower concentrations than previously understood.

The WHO guidelines are not legally binding, AQGs are an evidence-informed tool for policymakers to guide legislation and policies, in order to reduce levels of air pollutants and decrease the burden of disease that results from exposure to air pollution worldwide. Their development has adhered to a rigorously defined methodology, implemented by a guideline development group. It was based on evidence obtained from six systematic reviews that considered more than 500 papers. The development of these global AQGs was overseen by a steering group led by the WHO European Centre for Environment and Health.

The guidelines recommend new air quality levels to protect the health of populations, by reducing levels of key air pollutants, some of which also contribute to climate change.

Since WHO’s last 2005 global update, there has been a marked increase of evidence that shows how air pollution affects different aspects of health. For that reason, and after a systematic review of the accumulated evidence, WHO has adjusted almost all the AQGs levels downwards, warning that exceeding the new air quality guideline levels is associated with significant risks to health. At the same time, however, adhering to them could save millions of lives.

Every year, exposure to air pollution is estimated to cause 7 million premature deaths and result in the loss of millions more healthy years of life. In children, this could include reduced lung growth and function, respiratory infections, and aggravated asthma. In adults, ischaemic heart disease and stroke are the most common causes of premature death attributable to outdoor air pollution, and evidence is also emerging of other effects such as diabetes and neurodegenerative conditions. This puts the burden of disease attributable to air pollution on a par with other major global health risks such as unhealthy diet and tobacco smoking. 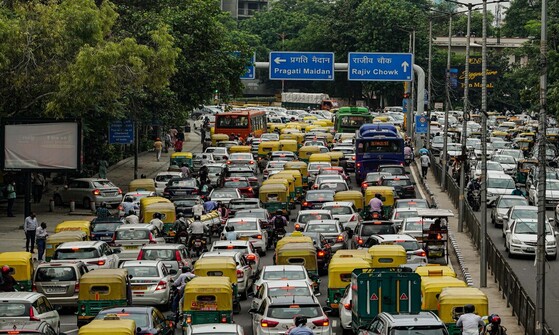 Air pollution is one of the biggest environmental threats to human health, alongside climate change. Improving air quality can enhance climate change mitigation efforts, while reducing emissions will, in turn, improve air quality. By striving to achieve these guideline levels, countries will be both protecting health as well as mitigating global climate change.

WHO’s new guidelines recommend air quality levels for 6 pollutants, where evidence has advanced the most on health effects from exposure. When action is taken on these so-called classical pollutants – particulate matter (PM), ozone (O3), nitrogen dioxide (NO2) sulfur dioxide (SO2), and carbon monoxide (CO), it also has an impact on other damaging pollutants.

The health risks associated with particulate matter equal to or smaller than 10 and 2.5 microns (μm) in diameter (PM10 and PM2.5, respectively) are of particular public health relevance. Both PM2.5 and PM10 are capable of penetrating deep into the lungs but PM2.5 can even enter the bloodstream, primarily resulting in cardiovascular and respiratory impacts, and also affecting other organs. PM is primarily generated by fuel combustion in different sectors, including transport, energy, households, industry, and agriculture.

In 2013, outdoor air pollution and particulate matter were classified as carcinogenic by WHO’s International Agency for Research on Cancer (IARC).

The guidelines also highlight good practices for the management of certain types of particulate matter (for example, black carbon/elemental carbon, ultrafine particles, particles originating from sand and dust storms) for which there is currently insufficient quantitative evidence to set air quality guideline levels. They are applicable to both outdoor and indoor environments globally and cover all settings.

“Air pollution is a threat to health in all countries, but it hits people in low- and middle-income countries the hardest,” said WHO Director-General, Dr. Tedros Adhanom Ghebreyesus. “WHO’s new Air Quality Guidelines are an evidence-based and practical tool for improving the quality of the air on which all life depends. I urge all countries and all those fighting to protect our environment to put them to use to reduce suffering and save lives.”

An unequal burden of disease

Disparities in air pollution exposure are increasing worldwide, particularly as low- and middle-income countries are experiencing growing levels of air pollution because of large-scale urbanization and economic development that has largely relied on the burning of fossil fuels.
“Annually, WHO estimates that millions of deaths are caused by the effects of air pollution, mainly from noncommunicable diseases. Clean air should be a fundamental human right and a necessary condition for healthy and productive societies.

However, despite some improvements in air quality over the past three decades, millions of people continue to die prematurely, often affecting the most vulnerable and marginalized populations,” said WHO Regional Director for Europe, Dr. Hans Henri P. Kluge. “We know the magnitude of the problem and we know how to solve it. These updated guidelines give policy-makers solid evidence and the necessary tool to tackle this long-term health burden.”

Global assessments of ambient air pollution alone suggest hundreds of millions of healthy life years of life lost, with the greatest attributable disease burden seen in low and middle-income countries. The more exposed to air pollution they are, the greater the health impact, particularly on individuals with chronic conditions (such as asthma, chronic obstructive pulmonary disease, and heart disease), as well as older people, children, and pregnant women.

In 2019, more than 90% of the global population lived in areas where concentrations exceeded the 2005 WHO air quality guideline for long-term exposure to PM2.5. Countries with strong policy-driven improvements in air quality have often seen a marked reduction in air pollution, whereas declines over the past 30 years were less noticeable in regions with already good air quality.

The goal of the guideline is for all countries to achieve recommended air quality levels. Conscious that this will be a difficult task for many countries and regions struggling with high air pollution levels, WHO has proposed interim targets to facilitate stepwise improvement in air quality and thus gradual, but meaningful, health benefits for the population.

Almost 80% of deaths related to PM2.5 could be avoided in the world if the current air pollution levels were reduced to those proposed in the updated guideline, according to a rapid scenario analysis performed by WHO. At the same time, the achievement of interim targets would result in reducing the burden of disease, of which the greatest benefit would be observed in countries with high concentrations of fine particulates (PM2.5) and large populations.