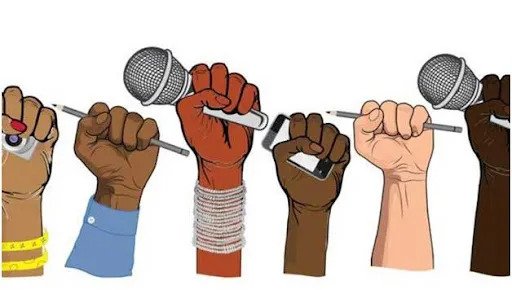 MELBOURNE, 15 October 2021: In an unprecedented effort to achieve justice for the killing of journalists, three global leading press freedom groups have established a People’s Tribunal to investigate their murders and hold governments accountable. The Tribunal, a form of grassroots justice, relies on investigations and high-quality legal analysis involving specific cases in three countries. An opening hearing will be held on 2 November 2021 in The Hague

In a major push towards justice, leading press freedom organizations Free Press Unlimited (FPU), Reporters Without Borders (RSF), and the Committee to Protect Journalists (CPJ), requested the Permanent People’s Tribunal to convene a People’s Tribunal on the Murder of Journalists. People’s Tribunals are designed to hold states accountable for violations of international law by building public awareness and generating a legitimate evidence record and play an important role in empowering victims and recording their stories. The People’s Tribunal on the Murder of Journalists will indict the governments of Sri Lanka, Mexico, and Syria for failing to deliver justice for the murders of Lasantha Wickrematunge, Miguel Ángel López Velasco, and Nabil Al-Sharbaji.

Renowned human rights lawyer Almudena Bernabeu will lead the prosecution for the opening hearing. A keynote address will be delivered by Baroness Helena Kennedy of the Shaws QC, a member of the High-Level Panel of Legal Experts on Media Freedom.

The opening hearing will take place from 09:00-18:00 Central European Time on Tuesday 2nd November 2021 in The Hague, and can be attended in person by emailing info@freepressunlimited.org or joined via live stream on: saferworldforthetruth.com/tribunal.

Leon Willems, Director, Policy & Programmes of Free Press Unlimited (FPU), says, “Too many brave journalists were murdered for doing their vital job: reporting the truth. The People’s Tribunal demands justice for these heinous crimes and creates leverage to mobilize states to address impunity for the murders of journalists. More can and should be done to bring the perpetrators of these crimes to justice. That is the inspiration for ‘A Safer World of the Truth’.”

Joel Simon, Executive Director of the Committee to Protect Journalists (CPJ), says, “The role of the Tribunal is important to seek justice for these courageous journalists, but it also gives family members and colleagues an opportunity to speak up and share their own stories and the impact of these brutal murders. Those left behind have worked tirelessly to keep the stories of these journalists alive, often in the face of threats and harassment. Their voices have been crucial in ongoing efforts to fight back against impunity.”

Christophe Deloire, Secretary-General of Reporters Without Borders (RSF), states: “The opening hearing on November 2nd marks the International Day to End Impunity for Crimes against Journalists. This initiative goes beyond naming and shaming authorities which allows the horrifying impunity level. It’s about setting a concrete and useful example of what should be done by the judiciary .”

“Freedom of expression is an essential human right. And yet, the frequency of grave violations committed against journalists coupled with prevailing high levels of impunity is alarming. It is time that states are held accountable,” says Almudena Bernabeu, Prosecutor of the People’s Tribunal on the Murder of Journalists.