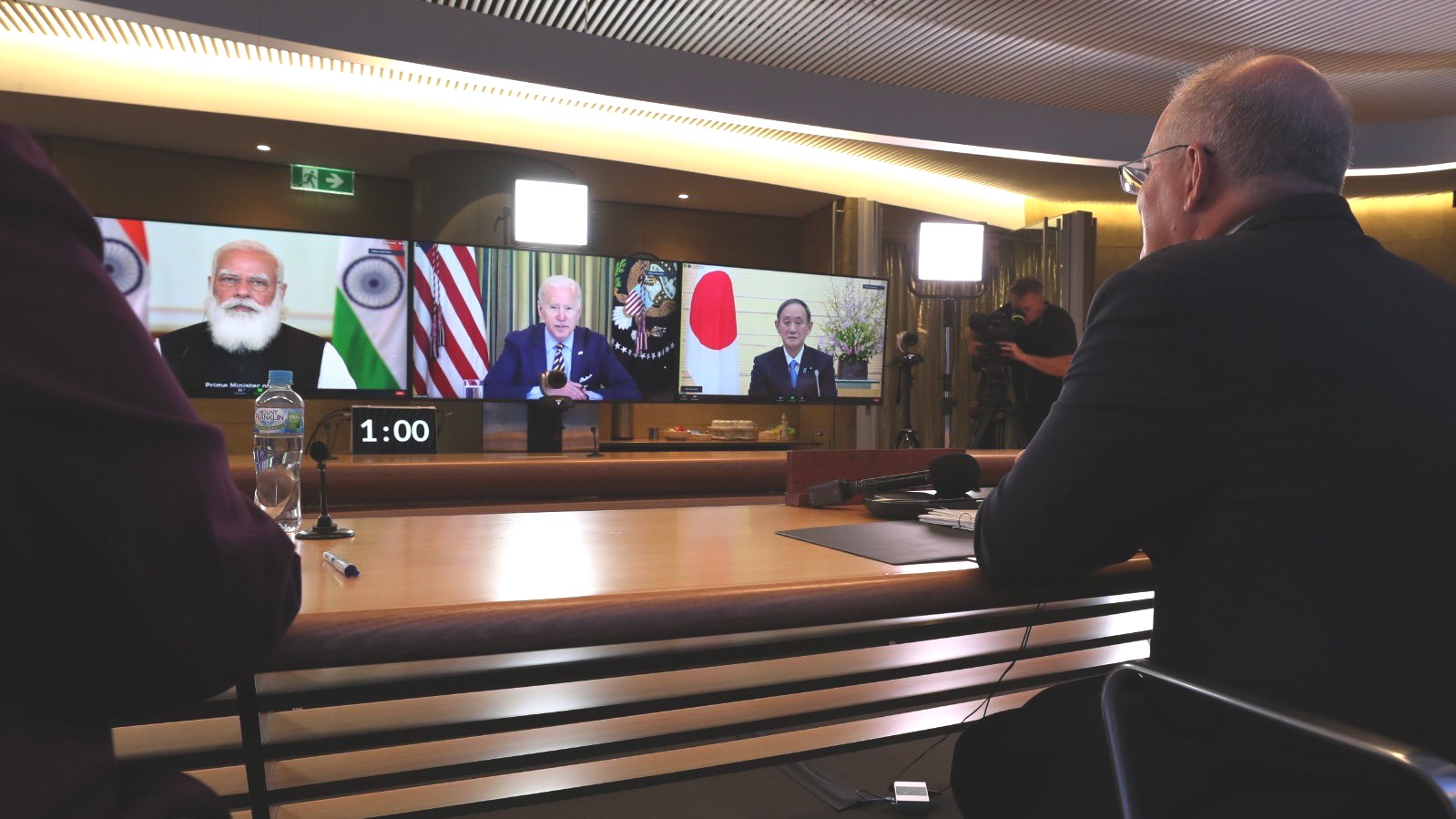 MELBOURNE, 13 March 2021: Australian PM Scott Morrison has in a Tweet called the first Quad (Quadrilateral Security Dialogue) leaders virtual meeting ‘historic’ saying, ” For us, this meeting is about how we keep Australia and the Indo-Pacific region we live in safe, stable, and secure.”

India’s PM Modi said, ” “We are united by our democratic values and our commitment to a free, open, and inclusive Indo-Pacific”.

The Quad leaders meeting is seen by China as another move to counter its ambitions. At a recent press conference (Global Times, 6 March 2021), Chinese State Councilor and Foreign Minister Wang Yi “stressed that multilateralism within small circles is still bloc politics, and that “multilateralism by choice” is not the right option.”

Lü Xiang, a research fellow on US studies at the Chinese Academy of Social Sciences in Beijing “predicted that within the small circle of the Quad, where an anxious US wants to take charge, and other members all have their own agendas, as well as concerns confronting China, the framework will eventually resemble an “empty talk club” instead of a real security alliance.”

The virtual meeting attended by US President Joe Biden, Australian Prime Minister Scott Morrison, PM Narendra Modi, and Japanese PM Suga while emphasizing a free and inclusive Indo-Pacific, took the decision to produce the Johnson & Johnson Carona vaccine in India financed by Australia, US, and Japan.

Many observers see the Quad as an alliance to curb China’s growing global influence but individual Quad countries have their own issues with China. The recent India-China border disengagement is important to South Asia and so are trade relations between Australia and China.