VIEWPOINT: The legacy of failure in Afghanistan starts in 1979, not 2001 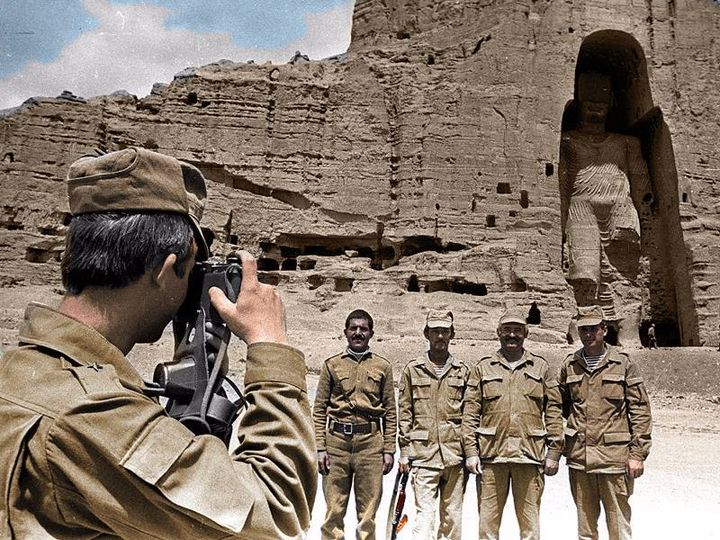 A Soviet Junior Lieutenant snaps a picture of 3 other Soviets with an officer in the Afghan Army in front of the Buddhas of Bamiyan in Hazarajat, Afghanistan. The site was destroyed by the Taliban in 2001. Photo- Facebook (Tkatch)

A decade ago, John Lamberton Harper, a professor of US Foreign Policy and European Studies at Johns Hopkins in Bologna, Italy published an indispensable history of the first cold war (The Cold War, Oxford University Press, 2011) in which he described the origins of what became known as “the Carter doctrine.”

The Carter Doctrine pledged US military action against any state that attempted to gain control of the Persian Gulf. As Quincy Institute president Andrew Bacevich has pointed out it “implied the conversion of the Persian Gulf into an informal American protectorate” and set the stage for repeated (and disastrous) interventions over the coming decades. Among other things, the Carter Doctrine, the brainchild of Carter’s national security adviser Zbigniew Brzezinski, caused the US to ally with primitive Saudi Arabia at the expense of manageable relations with civilized Persia.

It is also a story of miscalculation and hubris, one which resonates rather profoundly this week as American soldiers, diplomats, intelligence officials and many thousands of Afghans flee the Taliban’s assault on Kabul.

How did we get here?

The story begins, not, as we are commonly led to believe, on 9/11, but in December 1979. As Harper points out, hawkish US officials overstated Soviet gains in the third world in the 1970s, and “exhibit A in the case that the USSR was inexorably expanding…was Afghanistan.” And after the Soviet invasion of Afghanistan, “Washington believed Russia’s objective was the Persian Gulf.” Yet Harper argues that the hawks within the Carter administration, led by Brzezinski, “were misled by their schematic conceptions.”

Brzezinski was right that occupying Afghanistan put the Soviets in a better position to march southward. But to consider such a move plausible meant assuming Moscow believed it could overcome the combined resistance of Afghanistan, Pakistan, and Iran. Once again, it required doubting not only the Russian’s declarations but their sanity as well.

For their part, Soviet leaders such as general secretary Leonid Brezhnev, foreign minister Andrei Gromyko, defense minister Dmitry Ustinov, and KGB chief (and later, general secretary) Yuri Andropov were also “victims of their own schematic thinking.” One argument they advanced for the December 24 Soviet invasion was that should then-Afghan prime minister Hafizallah Amin switch sides in the cold war (as Egypt’s Anwar Sadat did, to the continuing consternation of the Soviet leadership) then “the Americans could use Afghanistan to aim additional missiles at the Motherland.” By the 27th, Amin and his closest associates had been executed by KGB special forces.

Harper concludes that the Soviets and the Afghans “would pay a high price for another major miscalculation, this time made in a state of nervous agitation. But positioning themselves to threaten the West’s oil supplies was probably the last thing on their minds.” 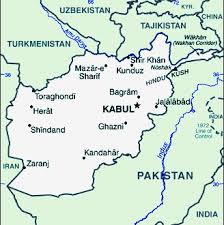 In the end, the US-allied with Brzezinski’s Islamist “freedom fighters” in Afghanistan and bin Laden in order to defeat the Soviets, proving the truth of Henry Wallace’s observation that, “there is no regime too reactionary for us provided it stands in Russia’s expansionist path. There is no country too remote to serve as the scene of a contest which may widen until it becomes a world war.”

Incidentally, the idea that US support for bin Laden and friends helped “win” the cold war remains a treasured fable among some of the dimmer bulbs on Capitol Hill. Here I recall a rather unpleasant lunch I attended some years ago in Washington where the guest of “honor” was the American warlord Erik Price, there to pitch, to the most unreceptive group of journalists imaginable, his plan to privatize the war in Afghanistan and line his own pockets. At this gathering, the elephantine former Republican California congressman Dana Rohrabacher appeared and waxed not-very-eloquently about the time he spent supporting the Afghan Mujahedin.

Brzezinksi and Rohrabacher: What a duo.

And what a mess they started.

In the end, it all backfired in spectacular fashion, setting the stage for the events which continue to unfold in Afghanistan right now.

* James W. Carden is a former adviser to the US state department and a frequent contributor to The American Conservative and The Quincy Institute’s Responsible Statecraft.
Source: Globetrotter