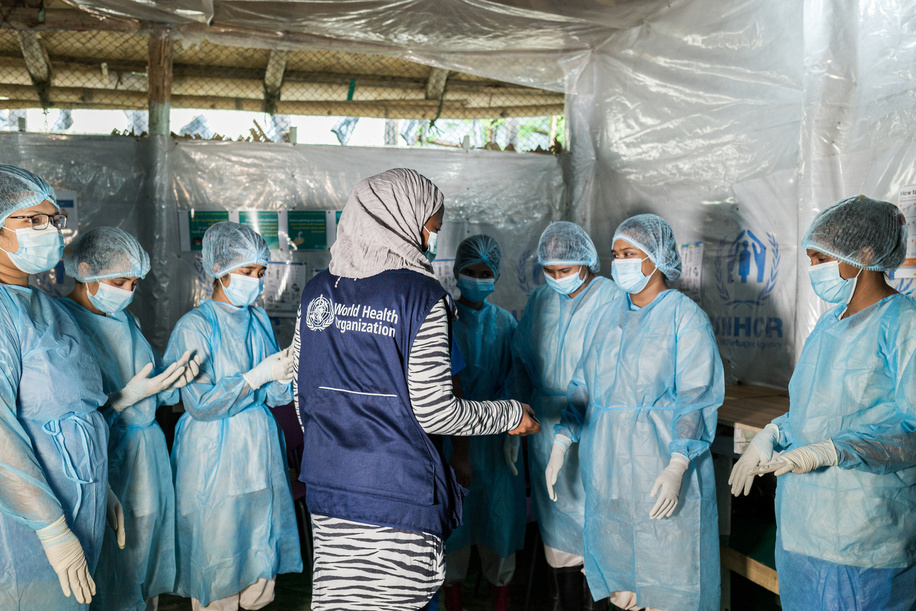 MELBOURNE, 31 March 2021: As the Covid-19 virus still continues to surge in many countries, the WHO Director-General Dr.Tedros Adhanom in recent remarks says, Laboratory leak is the least likely hypothesis, and the international probing team studying the origins of SARS-CoV-2 confirmed: “that there was widespread contamination with SARS-CoV-2 in the Huanan market in Wuhan, but could not determine the source of this contamination.”

Meanwhile, a report in nature.com says, “Markets that sold animals — some dead, some alive — in December 2019 have emerged as a probable source of the coronavirus pandemic in a major investigation organized by the World Health Organization (WHO).

That investigation winnowed out alternative hypotheses on when and where the pandemic arose, concluding that the virus probably didn’t spread widely before December or escape from a laboratory. The investigation report, released today, also takes a deep look at the likely role of markets — including the Huanan market in Wuhan, to which many of the first known COVID-19 infections are linked.”

China’s Global Times says, “The report, generated after WHO experts visited Wuhan, the Chinese city first reporting a COVID-19 case, dismissed the “lab-leak” conspiracy theory, and recommended transmissions between animals and humans, and transmissions through frozen food, which is consistent with what WHO experts said in a February conference in Wuhan. It also suggested the 7th Military World Games, which was held in Wuhan in October 2019, two months before the first case in this city was reported, is worth digging into.” 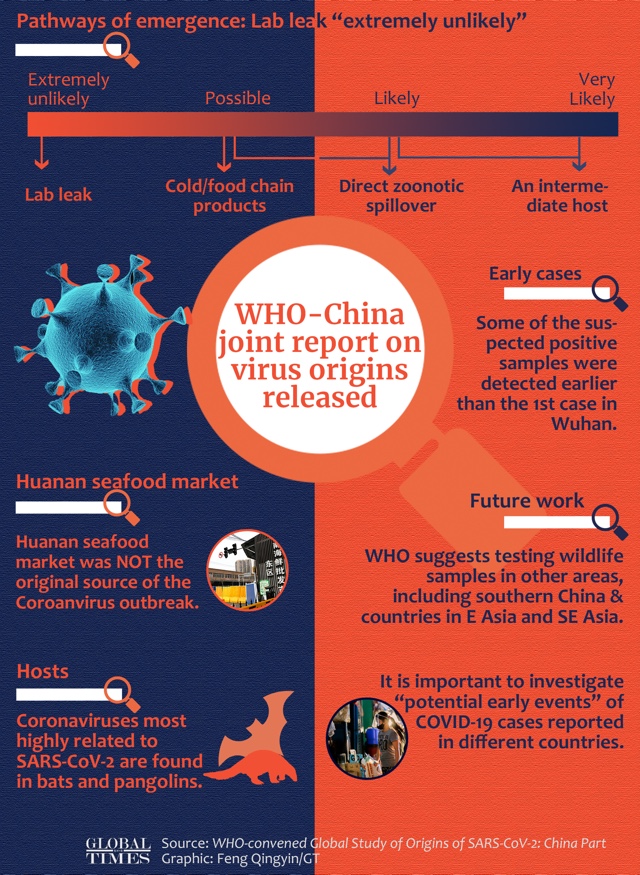 The report of the international team on their Wuhan field visit, from 14 January -10 February 2021, was published on 30 March 2021 as the WHO Director-General Dr. Tedros Adhanom Ghebreyesus called for further studies.

Only a few weeks into the outbreak, the IHR Emergency Committee of independent experts recommended that WHO and China pursue efforts to identify the animal source of the virus.

Throughout 2020, WHO continued to discuss with China and the other Member States the need to study and share information around the virus’s origins.

The World Health Assembly resolution of May 2020, which was adopted by all Member States, cited a need “to identify the zoonotic source”:

WHA73.1 from 19 May 2020: 9. (6) to continue to work closely with the World Organisation for Animal Health (OIE), the Food and Agriculture Organization of the United Nations (FAO), and countries, as part of the One-Health Approach to identify the zoonotic source of the virus and the route of introduction to the human population, including the possible role of intermediate hosts, including through efforts such as scientific and collaborative field missions, which will enable targeted interventions and a research agenda to reduce the risk of similar events occurring, as well as to provide guidance on how to prevent infection with severe acute respiratory syndrome coronavirus 2 (SARS-COV2) in animals and humans and prevent the establishment of new zoonotic reservoirs, as well as to reduce further risks of emergence and transmission of zoonotic diseases;
In July 2020 WHO sent a small team to China to plan a joint study comprising Chinese and independent international scientists.

It was agreed that WHO would select the international scientists. The Terms of Reference for the Virus Origins Study were completed by fall 2020.

The team of scientists came from around the world: Australia, China, Denmark, Germany, Japan, Kenya, Netherlands, Qatar, the Russian Federation, the United Kingdom, the United States of America, and Viet Nam.

The joint international team comprised 17 Chinese and 17 international experts from 10 other countries as well as the World Organization for Animal Health (OIE); and WHO.

Find the list of the members of the international team here.

From the outset, this study was designed as one step on the path of understanding the origins of COVID-19 reflecting the specific scope and mandate as outlined by Member States in the World Health Assembly resolution and negotiated Terms of Reference.