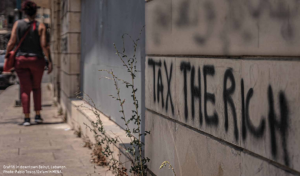 MELBOURNE, 17 January 2022: The wealth of the world’s 10 richest men has doubled since the pandemic began. The incomes
of 99% of humanity are worse off because of COVID-19. Widening economic, gender, and racial inequalities—as well as the inequality that exists between countries—are tearing our world apart, says the newly released OXFAM report ‘Inequality Kills.’ The report has been released ahead of the World Economic Forum’s Davos Agenda.

“This is not by chance, but choice: “economic violence” is perpetrated when structural policy choices are made for the richest and most powerful people. This causes direct harm to us all, and to the poorest people, women and girls, and racialized groups most. Inequality contributes to the death of at least one person every four seconds. But we can radically redesign our economies to be centered on equality. We can claw back extreme wealth through progressive taxation; invest in powerful, proven inequality-busting public measures; and boldly shift power in the economy and society. If we are courageous and listen to the movements demanding change, we can create an economy in which nobody lives in poverty, nor with unimaginable billionaire wealth—in which
inequality no longer kills,” the report says.

The India Supplement 2022 of the report details the country’s stark inequalities between most families and the rich. 84 percent of households in the country suffered a decline in their income in a year marked by the tremendous loss of life and livelihoods, the number of Indian billionaires grew from 102 to 142, the report has revealed.

Amitabh Behar, CEO, Oxfam India said, “Oxfam’s global briefing points to the stark reality of inequality contributing to the death of at least 21,000 people each day, or one person every four seconds. The pandemic has set gender parity back from 99 years to now 135 years. Women collectively lost INR 59.11 lakh crore (USD 800 billion) in earnings in 2020, with 1.3 crore fewer women in work now than in 2019. It has never been so important to start righting the wrongs of this obscene inequality by targeting extreme wealth through taxation and getting that money back into the real economy to save lives.”

“In India, during the pandemic (since March 2020, through to November 30th, 2021) the wealth of billionaires increased from INR 23.14 lakh crore (USD 313 billion) to INR 53.16 lakh crore (USD 719 billion). More than 4.6 crore Indians meanwhile are estimated to have fallen into extreme poverty in 2020 (nearly half of the global new poor according to the United Nations.) The stark wealth inequality in India is a result of an economic system rigged in favour of the super-rich over the poor and marginalised, ” the Supplement says.

OXFAM India has made recommendations that need to be implemented:

Recognise inequality is real and agree to measure it. India needs to track policy impact better by improving mechanisms for its measurement. There is an immediate requirement to start disaggregating more public statistics by income and introduce regular collection of data on income and wealth inequality, while ensuring that this data is made freely available in the public domain. At least two surveys should be conducted over a ten-year period, using a reasonably comparable methodology capturing income and wealth inequalities.

Redistribute India’s wealth from the super-rich to generate resources for the majority: It is time for India to reintroduce a wealth tax to generate much-needed resources to fund the recovery from the pandemic. Tax compliance by wealthy individuals must also be drastically improved, instead of imposing indirect taxes on India’s poor and middle class. Evidence shows that the threat of an audit shows the most pronounced effect on compliance and can be complemented by shaming tax evaders or by the imposition of penalties and should take precedence over a reduction in direct tax rates which has ambiguous effects on compliance and adverse effects on revenue.

Generate revenue to invest in the education and health of future generations: A temporary ONE percent surcharge on the richest 10 percent population could help raise an additional INR 8.7 lakh crore, which could be utilised to increase the education and health budget. The primary outcome of the pandemic must be a quality, publicly funded and publicly delivered healthcare system that works for all and not just the rich. A secondary outcome should be an education system which addresses the needs of everyone, not just those privileged to attend elite private schools or have access to digital technology. There is also an urgent need to improve medical infrastructure by implementing India’s patent rights charter (PRC), standardising diagnostic procedures, building rural clinics, and developing streamlined health IT systems in tandem with adopting a family-health approach, making greater investments in healthcare and training and paying frontline healthcare workers adequately.

Enact and Enforce Statutory Social Security Provisions for Informal Sector Workers: While the government is recognising gig economy workers, it also needs to focus on laying the legal groundwork of basic social sector protections for 93 percent of India’s workforce.

Change the rules and shift the power in the economy and society: It is time to reverse social and economic policies that have contributed to the poor development outcomes for India’s marginalised communities. It is time to reverse privatisation and commercialisation of public services, address jobless growth and bring back stronger social protection measures for India’s informal sector workers.

Four percent of tax on wealth on the 98 billionaires can take care of Mid-Day- Meal programme of the country for 17 years or Samagra Sikshya Abhiyan for 6 years.

One percent wealth tax on 98 richest billionaire families would finance Ayushman Bharat for more than seven years.
One percent of tax on wealth of the 98 billionaires in India can take care of the total expenditure for the school education and literacy.

Four percent tax on wealth on the 98 billionaires would be enough to fund the Mission POSHAN 2.0 (includes Anganwadi Services, POSHAN Abhiyan, Scheme for Adolescent Girls, and National Creche Scheme) for 10 years

India’s 2021 budget allocation for the Ministry of Women and Child Development is less than half of the total accumulated wealth of the bottom ten of India’s billionaire list. Just a 2 percent tax on individuals with an income of over 10 crores could increase the Ministry’s budget by an astounding 121 percent.

If the wealth of the first hundred billionaires is accumulated, they could fund the National Rural Livelihood Mission scheme, responsible for creating Self Help Groups for women, for the next 365 years.