The real problem with the World Bank’s poverty estimates is that its International Poverty Line is set at an impossibly low level, which greatly underestimates world poverty. 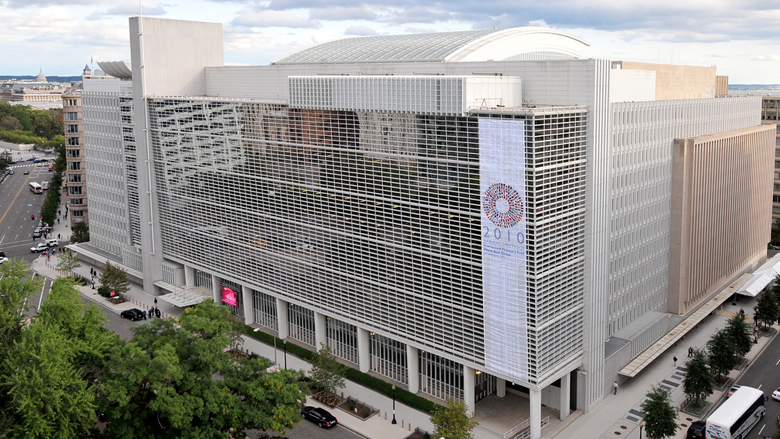 There is much self-congratulatory back-slapping among governments, World Bank officials and many economists about the “decline in poverty” that is supposed to have occurred between 1990 and the onset of the recent pandemic. This decline is claimed on the basis of an International Poverty Line (IPL) of $1.90 a day (at 2011 Purchasing Power Parity) worked out by the Bank, which basically defines poverty across the world as lack of access over one day to the bundle of goods that $1.90 would have bought in the US in 2011.

How ridiculously low this figure is, can be gauged from two facts. In 2011 in the US, $1.90 would have just sufficed to buy a cup of coffee, and nothing more. In India, the equivalent of $1.90 in 2011, with Rs 95 as the nominal exchange rate, would have been only Rs 29 at the PPP exchange rate, which would have barely purchased two bottles of drinking water.

Before we go any further, we need to examine even this claim. The fall in world poverty even by this criterion, is large because of China. In 1990 there were 750 million people in China below the IPL; this number had dropped to just 10 million by 2015, i.e., by 740 million. Thus, 64% of the number of persons “lifted above the international poverty line” was entirely on account of China. In fact, in Sub-Saharan Africa and the Middle East, over this very period, the headcount of the poor by this criterion increased by 140 million. If there is a real dent in poverty that has occurred anywhere in the world according to the World Bank’s estimates, then it is in China, which should temper the self-congratulations by the Bank and the economists adhering to its poverty estimates.

With a slightly different poverty line, $2.50 per day, the global headcount of poverty would not have come down at all between 1990 and 2010, if China is kept out. And, with a still higher IPL of $5.50 per day, the headcount would have increased from 2 billion to 2.6 billion between 1990 and 2015, if East Asia and the Pacific are kept out. So, the so-called decline in poverty is a highly localized phenomenon confined to China and the rest of East Asia.

But the real problem with the Bank’s poverty estimates, as already mentioned, is that its IPL is set at an impossibly low level, which greatly underestimates world poverty. This is a point which many on the Left have been making for a long time, but now even a UN Report prepared for the Human Rights Council has made the same point quite emphatically.

The reason for the underestimation of world poverty, according to the Bank’s estimate is quite simple: the Bank’s IPL is not based on any objective criterion such as the amount of spending required for meeting a defined set of “basic needs”, for meeting a nutritional benchmark, or any such thing. It simply takes the national poverty lines of 15 of the poorest countries, mainly belonging to Sub-Saharan Africa, converts these at purchasing power parity exchange rates (not at nominal exchange rates) to the value of the 2011 US dollar, and then takes an average of these to arrive at its IPL, which comes to $1.90 for 2011. The precise basis for these national poverty lines is not known; and as governments typically tend to pitch their poverty lines low in order to deliberately exaggerate their “achievements” in the realm of poverty eradication, these national poverty lines are already an underestimation.

In addition, there is no reason why the national poverty lines of some countries should be used for all countries, irrespective of national differences. In fact, the already existing national poverty lines of most countries are significantly higher than the World Bank’s IPL, so that the magnitude of world poverty, for this reason too, is much higher than what appears from using the Bank’s IPL.

Besides, there are three further points that make the claim of a decline in the headcount ratio of poverty in the world quite untenable. The first is the fact that the typical price indices do not capture the actual rise in the cost of living. This can be illustrated with regard to Indian data. The price indices capture what a basket of commodities that a particular population was consuming in the base year would cost today, compared to the base year. Meanwhile, however, the composition of the basket changes, in reality, not always voluntarily but because the old goods and services gradually drop out of the basket while new ones get introduced.

The most important example here is the introduction of private healthcare and education because of the pursuit of neo-liberal policies. While it is perfectly possible that between the base year and the current year, the rates for surgery and other procedures in government hospitals may have remained unchanged, and hence the price of healthcare in the price-index would have remained unchanged, the increasing non-availability of government healthcare would be pushing more and more people to the much more expensive private healthcare facilities, thereby effectively raising their cost of healthcare.

The price-index movement here would understate the rise in the cost of living. Hence when we look at the IPL-equivalent for any set of years, the rise in the figure we get (from the price-index) would be lower than what the actual cost of living increases warrants. This would, therefore, exaggerate the decline in poverty over time (or understate the increase in poverty over time). The decline in poverty suggested by these figures, therefore, is wrong.

This is a major reason why the poverty line in India today is way below what it should be, if we took the original definition of poverty seriously, namely the expenditure-level at which a rural person accesses 2200 calories per day and an urban person accesses 2100 calories per day. The estimates of headcount poverty get correspondingly lowered, giving a spurious impression of a decline in poverty. This problem however is not just specific to India; it is a worldwide phenomenon under neoliberalism owing to the privatization of essential services.

The second reason why the claimed decline in world poverty would be wrong is the fall in primary commodity prices that occurred after 2011. Between April 2011 and December 2019, i.e., before the pandemic had made its appearance, there was a 38% fall in the IMF’s All-Commodities price index. This must-have worsened the living standards of large numbers of people in the third world. If this fact does not get reflected in their consumption, then that could only be because greater indebtedness might have enabled them to maintain their consumption at a given level. To claim a decline in poverty when consumption gets propped up through borrowing is absurd.

The third reason is analogous to the second – namely, the increase in unemployment that has occurred of late because of the intensification of the crisis of world capitalism, of which the decline in primary commodity prices is a fall-out. Because of larger unemployment, consumption must have either fallen or entailed greater indebtedness for its sustenance. In India for instance, unemployment prior to the pandemic had been the highest it has ever been in the last 45 years.

The fact that all these factors had an immensely adverse impact on the level of consumption in India is evident from the National Sample Survey data for 2017-18 on consumer expenditure, data that was so shocking that the Modi government decided to suppress it altogether. In rural India for instance, the per capita real consumption expenditure in 2017-18 was lower by 9 percent compared to 2011-12.

In this context, to claim that the headcount of the poor has declined in the world outside of China and East Asia, is absurd at best, even in the absence of nutritional data that suggests the very opposite.

* Prominent economist based in India.